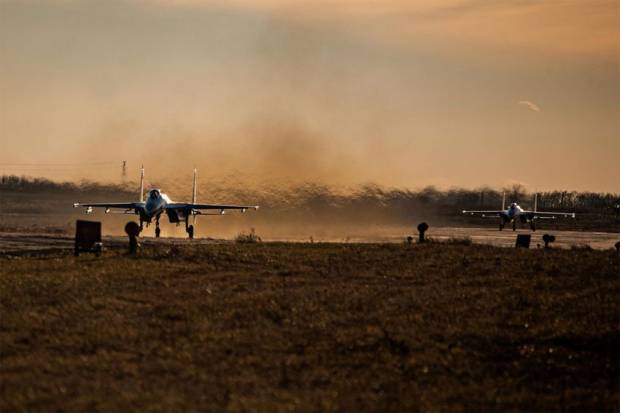 KIEV – Air Force Ukraine just finished combat training. One of the sectors being trained is air strike drills. According to the Ukrainian Ministry of Defense, combat training The air raid took place in the southern region of the country on Tuesday (11/23/2021).

As reported by Reuters, Wednesday (11/24/2021), several types of fighter aircraft owned by the Ukrainian Air Force were involved in the exercise. It said in a statement that the Su-24M and Su-25 aircraft, under the cover of MiG-29 and Su-27 fighters, simulated air strikes and hit air and surface targets as if they were in the Black Sea.

In addition to the airstrikes, the Ukrainian military is also holding other Airborne Forces exercises near Kiev. “The exercise simulates the landing of Air Forces and armored personnel carriers to attack enemy targets,” the Ukrainian Ministry of Defense said in a statement, as quoted by Dawn.

Ukraine’s head of military intelligence, Kyrylo Budanov, told the Military Times this weekend that Russia has more than 92,000 troops gathered around the Ukrainian border and is preparing for an attack in late January or early February.

Budanov said such an attack would likely involve air strikes, artillery and armor strikes. This was followed by air strikes in the east, amphibious assaults in Odessa and Mariupol and minor attacks through neighboring Belarus.

Read: Russia Wary of Ukraine Using US Rockets to Provoke War in Donbass

Earlier this week, the Kremlin rejected the suggestion and said it was concerned that Ukraine was being supplied with large quantities of weapons and was building up its own army.

Ukraine, which aspires to become a NATO member, received a large shipment of US ammunition earlier this year and Javelin anti-tank missiles, prompting criticism from Moscow, which says it has serious security concerns about the prospect of Ukraine joining NATO one day.

In the next few days Ukraine will also receive two refitted US Coast Guard patrol boats designed to bolster its navy.

Ukraine is intensifying military exercises amid growing concerns over the movement of Russian troops near the Ukrainian border, which Kiev says could pave the way for a sharp military escalation.