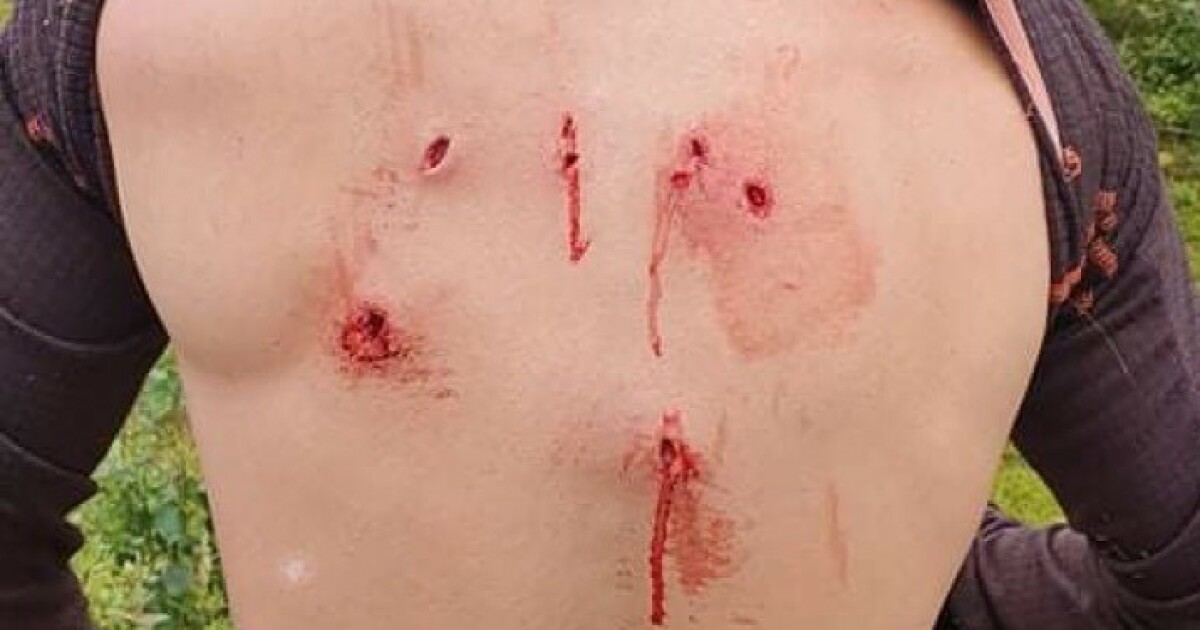 On August 21, bear hunting in Sweden started in full, but this year’s start to the season was something out of the ordinary for Swedish Daniel Blomqvist (23) and his hunting comrades. When they went out into the woods north of Strömsund on Friday morning, the hunting dogs – two bear dogs – quickly got the hang of the bear.

– We knew that there had been bears in the area where we were going to hunt, and it was a friend in the hunting team who tracked with his two dogs. We saw quite quickly that there were fresh bear tracks, says the experienced hunter to Dagbladet.

It was Aftonbladet who mentioned the incident first.

The hunting dogs began to hunt the bear in the area. Eventually, however, the 23-year-old heard the sound of the dogs heading straight for him, followed by the cracking of twigs and a female bear at close range.

– Finally I see the bear, and then it is 15 meters away from me. I realize she’s going straight to where I am if I do not move. When she stands with her wide side facing me, I shoot a shot that is the fatal shot in the lungs. Then the bear turns directly towards me and comes towards me, he says.

Blomqvist continues to back up while firing three more shots. But the bear cannot be stopped, and before Blomqvist knows the word of it – it attacks. He then ends up in the ditch with the bear over him.

– In the end, I only know that I have the bear over me, and I feel that she bites me in the foot, arms and back. She was over me, and then I was scared, he says.

The 190-kilo bear begins to move less and less as it lies over Blomqvist in the ditch, he says. The 23-year-old was at first unsure whether the bear was still conscious and did not dare to move.

– When did you realize that the bear was dead?

– It was actually quite fast after it had bitten me on the back. The back was the last place it bit me. She did not move or make a sound, says Blomqvist.

“The Last Scream of Death”

The 23-year-old was sent to the emergency room to examine the injuries, but escaped with pain in his foot and twelve bite marks on his body. However, he admits that the outcome could have been significantly worse.

– It could have gone very bad. One of my hunting comrades said that he had heard me on the hunting radio, and that it sounded like the last death cry, he says.

Despite a shocking experience, Blomqvist has not lost heart – and in two weeks he will participate in the moose hunt in Sweden, he says.

– Right now I’m not worried. In two weeks there will be moose hunting. There is nothing to bother yourself about or think too much about, then it will probably only get worse, says the 23-year-old.

Blomqvist and the hunting team shot three bears together, writes Aftonbladet. The 23-year-old has plans ready for the female bear that attacked him.

– I will hang my head on the wall where it fits and take care of the skull. You have to have it as a memory, he says.