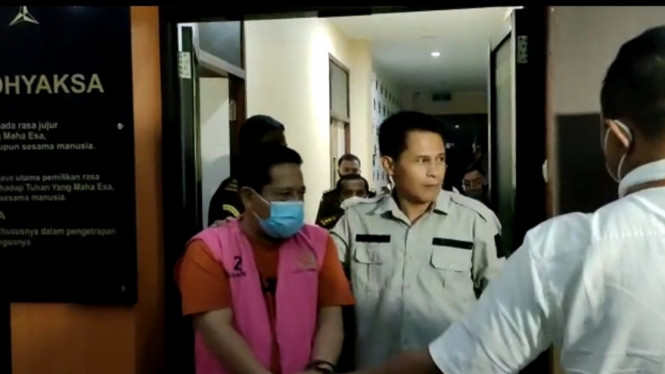 Garut, West Java- A corruption fugitive who has been missing for 13 years has finally been caught. Tohidi was tracked when he sued his wife to the Subang Religious Court, West Java (West Java).

Tohidi looked lethargic when he was led by officers in handcuffs. The convict in a corruption case sentenced in 2009 was arrested by a joint team from the Garut District Attorney and the Subang District Attorney’s Office, assisted by the West Java Chief of Staff, Thursday (16/9) at his home in Subang.

Tohidi is known to be the 3rd party winner of the fish auction development project in CIkelet District in the 2005 fiscal year.

“Today we arrested a fugitive in collaboration with the Subang Kejari and a team from the West Java Prosecutor’s Office on behalf of Tohidi,” said Kajari Garut, Neva Dewi Susanti, to reporters on Thursday night.

Since being convicted by the panel of judges in 2009, Tohidi has disappeared and his whereabouts are unknown until yesterday.