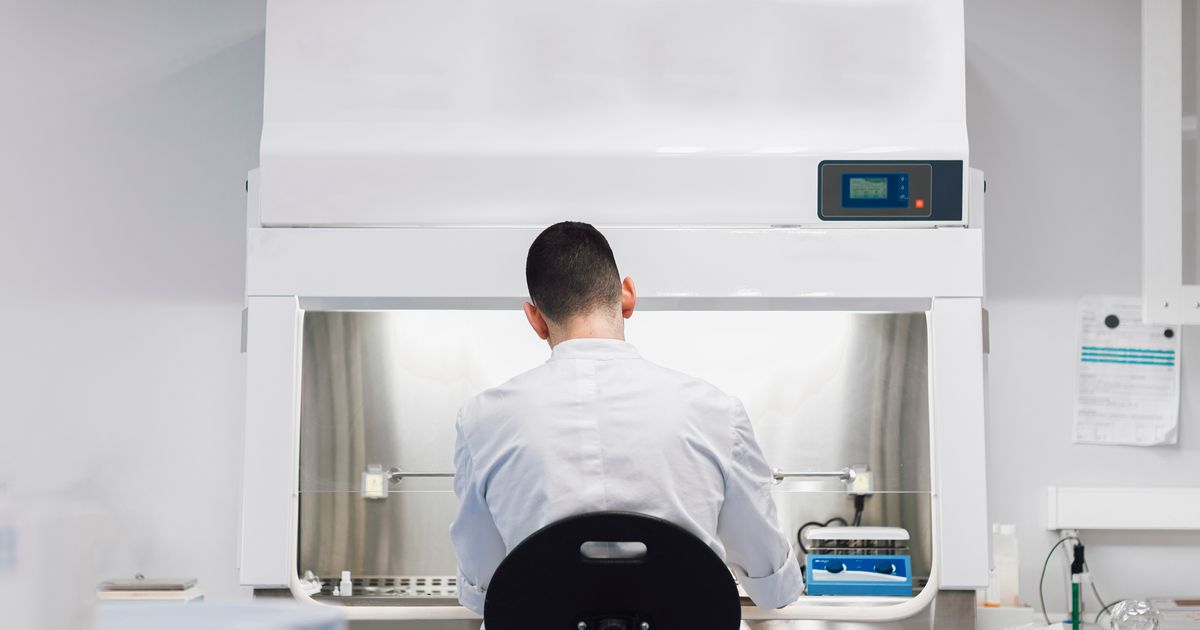 Around 1,200 BC many thriving civilizations in the eastern Mediterranean and in the so-called Fertile Crescent – an area that stretched from present-day Palestine to Mesopotamia via southern Turkey – collapsed. Thriving businesses, refined cultures, extended cities and even powerful empires went into crisis and collapsed over the span of a few decades. The reasons for this widespread disaster, which is called the “Collapse of the Bronze Age”, they are not yet clear, but the cause that today by many experts is considered the main one is climate change.

A hot and dry climate and then cold and dry hit a land that was luxuriant at the time, slowly transforming it into those arid lands that we now recognize as the typical (stereo) landscape of the Middle East. The peasants left the fields that could no longer be cultivated to flow into the cities, which became social time bombs, split between an overwhelming amount of poor and a few nobles who lived in luxurious palaces. Eventually, probably all or most of these civilizations collapsed primarily due to internal revolts against the established power: that of the semi-divine rulers who had evidently lost the favor of the Gods if they were no longer able to make it rain.

There are many disturbing parallels that can be drawn between the Collapse of the Bronze Age and the present day: from climate change to growing inequality. But if you think about it, if the climate was the trigger and the dynamite the inequality, the detonator was the shattering of the social pact. A society is based on recognizing a legitimate central authority and feeling part of a population with common traits and interests. If the elites lose credibility and individuals begin to perceive themselves more as enemies than as allies, there is no economic prosperity, cultural refinement or even brute force of the central power that holds: collapse arrives.

Here is the most worrying parallel: the two factors underlying the fracture of the social pact are increasingly recognizable today. Of the crisis of the elites we have been talking for some time, and now the pandemic, after having united us all in a solidarity effort against a powerful invisible enemy, risks fracture our society. And this is what really scares our rulers: the end of the social pact; the popular uprising. It will be cynical to say it, but governments around the world did not intervene decisively against the pandemic because people were dying and getting sick, but above all because there was the danger that the population, terrified and exasperated, would rebel in the long run.

A population, in fact, can well tolerate even high imbalances of power and wealth if it feels safe after all; if citizens feel confident enough to be able to put bread on the table, to be defended if victims of abuse, to be treated if sick, not to be harassed by taxes and duties. It is when the suspicion begins to spread that these things are no longer fairly secured before, and when one looks at each other with suspicion for what little is left after that, that companies collapse. And beware: it is not even necessary for the majority to rebel; often even small but well-coordinated and ideologized minorities are enough to take advantage of the moment of weakness of the central power to subvert it.

The increasing complexity of our time it has put the ruling and intellectual class of our democracies in crisis. The world is now a maze of correlated risks; of intertwined and insoluble factors. Power tries to neutralize as many risk factors as possible, and when any of them materialize, it tries to intervene quickly and resolutely to avoid the domino effect. So let’s go from emergency to emergency, and this is already a big problem, but in itself it is not enough to cause the collapse of a social pact. A society can also face challenge after challenge, and even misfortune after misfortune, if it is united around a common feeling and has faith in its elite. But this now our case is less and less.

The fact is that the political and cultural elites of our society are now where they are because of a double promise: that of bringing truth and prosperity in the medium to long term. Like the rulers of the ancient civilizations prior to the Collapse of the Bronze Age, they are seated on the throne as, if not demigods, priests of an omnipotent and unstoppable divinity: science, technology, progress. The inevitability is the religion of the contemporary West: the idea that there may be mistakes, missteps, momentary accidents, but that science will inevitably show us more and more the truth, and that technology will inevitably bring us more and more power. And this “religion” is increasingly in crisis.

See also  In the US - dozens of F-35 fighters without usable engines - why?

“If technology makes us more and more powerful, why do we lock ourselves in the house because of a tiny virus? If technology exponentially increases our prosperity, then why are we increasingly angry and unhappy? If science reveals the truth, if it is not so much a method of investigation to formulate hypotheses but a process that harbors certainties, because scientists quarrel? Why can’t we give a definitive answer to anything? ”. These are the doubts, perhaps unconscious, perhaps unspoken, that dwell in the minds of many. And it doesn’t matter whether they are more or less well-founded; more or less true: the only thing that matters is that they are increasingly making their way into society, creating more or less latent conflicts that are weakening its structure.

Think of populism: what is it but the belief that if we have more and more means but things are getting worse then it is the fault of those in power? Think of conspiracy: what is it if not the belief that if we have more and more certainties but I feel more and more confused then someone is hiding the truth from me? There is a certain logic behind these thoughts. Denying it, dismissing them as foolish ramblings or dangerous naivete, still does not let us see the heart of the problem. He continues not to point out that having very powerful tools and even less being right is useless or almost useless when the population takes to the streets with pitchforks and torches.

Perhaps all of this is made a little more aware of politics than science – and indeed sometimes he timidly tries to lead her to milder advice. In fact, science is based on the laboratory approach: on the idea of ​​being able to isolate only certain elements and factors from the rest of the world and be able to experiment and observe their interactions to arrive at objective conclusions. But this never really happens in the real world, much less in an increasingly complex world like ours! You cannot isolate factors and intervene only on them, demanding that the rest remain unchanged.

When the immunologist Antonella Viola says that “We have already gotten out of it thanks to science»Does it not betray this“ sectoral ”thinking? When the scientists Walter Ricciardi and partly Roberto Burioni denounce on Twitter “the unbearable lightness of legal reasoning”Do they not demonstrate to reason in a“ clinical ”way, that is, as if the pandemic were only or almost the sum of a series of bodies that become infected and hospital beds that fill up? And, again, they may be perfectly right, but that does not console, nor does it solve the root problem. Science between what is true and what is right always chooses what is true: but today we need just solutions more than certain truths, and the two do not always go hand in hand.

We can also rejoice that novax are excluded from Parliament, from the workplace, from social life. But these people don’t disappear! They are not defenseless factors outside the laboratory. They remain in our society, and risk returning in even more deleterious forms. We can also rejoice at the birth of new “Observers to distinguish true from false“But, admitted and not allowed to succeed or even to sound ridiculous, it is not that this will prevent” fake news “and” alternative truths “from spreading and doing damage. Indeed, perhaps it will reinforce them. And again: they do not need to convince everyone, but relatively few and in the right conditions for the bank to jump.

The fact is that the great vaccine victory – which is a victory to be acknowledged and to be grateful for – is a double-edged sword. In fact, it risks fueling the idea of ​​the technological solutionism; to spread the narrative even more that the worst things can happen, but if we leave a close, quiet elite to work in their lab and give them all the tools and support they need, sooner or later they will come up with a “Eureka!” which will solve the problem. And indeed, more: that there will lead to the stars. A narration, on closer inspection, perhaps not too different from that of the ancient rulers from the late Bronze Age. And if that collapses, everything collapses.