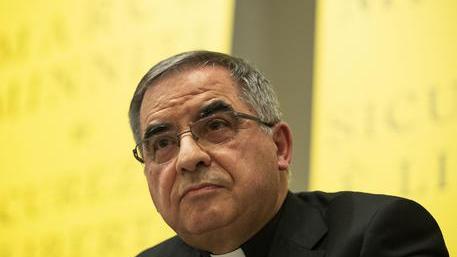 “One of the most publicly exposed issues of this judicial affair is the following: were or were not usedfor the investments in question, funds deriving from the Obolo di San Pietro? My firm answer is: no! The obolation funds were not used, but the reserve funds of the Secretariat of State “.

It is a passage from the spontaneous declarations made by the cardinal Angelo Becciuduring the new hearing of process at his expense in the Vatican.

“I’M INNOCENT” – During the hearing, the monsignore di Pattada reiterated “forcefully” his “absolute innocence”, also dwelling on thehypothesis of embezzlement in favor of Spes Cooperative of Ozieri run by his brother Tonino and claiming “the absolute correctness” of its conduct.

Angelo Becciu in fact, he underlined “how the only contributions object of dispute, which are the only sums that were given by the Secretariat of State in the seven years, in 2015 and 2018, as documentedly proved, had a charitable destination”.

CECILIA MAROGNA – In his statements Becciu also spoke of his links with the Sardinian manager and analyst Cecilia Marogna: “I have to express one here and now strong and vibrant indignation for how this relationship has been distorted with offensive inferences, of a very low nature, damaging – also – to my priestly dignity. I believe that this attitude betrays a similar treatment would have been reserved for a man “, the words of him.

“WORLD DREAM” – Becciu then denounced how she was unleashed against him “A public pillory of world proportion”. “Even in Angola – he said -, where I had been nuncio for seven and a half years, I was told that the national TV devoted a week of debates to the subject; I was hit on the front pages of newspapers all over the world; deprived of any ecclesiastical office; relegated to the margins of the Curia and the Church. It hurt me and continues to hurt methen, having exposed my family to excruciating suffering how unfair “.

CARDINAL PELL – And again: “For over a year I have been exposed to unbearable public pressure, with the shameful accusation of having even financed false testimony to the detriment of a confrere, the Cardinal Pell, with money from the Secretariat of State. I now want to sweep away this very serious insinuation with the words of the Cardinal Secretary of State, Parolin, who ascertained and accounted for the absolute falsity of this ignoble and unbearable inference“.