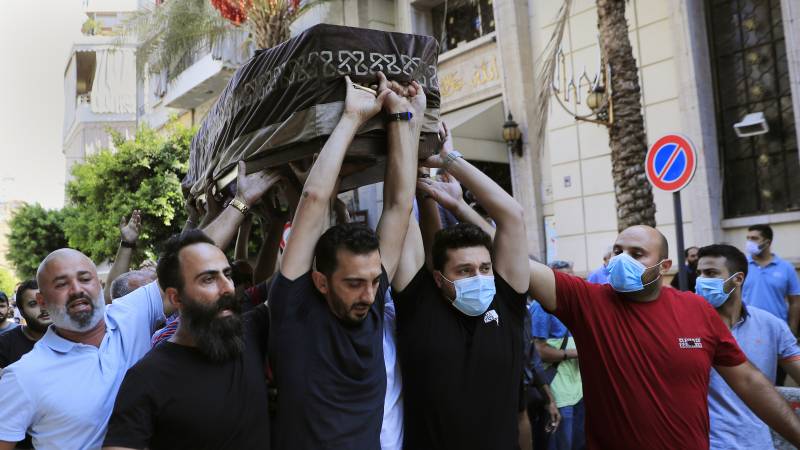 It turned out that 2750 tons of ammonium nitrate had been stored in the shed. The explosion, which followed a fire in a warehouse, caused massive havoc. 250,000 people were made homeless and offices, shops and other buildings were destroyed, including the office where Harb worked.

He was seriously injured in the head. Occasionally he was conscious, his family told the AP news agency. The man was transferred to a rehabilitation center after three months in hospital. Three days ago, he was taken to his parental home, where he died last night.

More than a year later, it is still unclear who is responsible for the explosion.

According to human rights organization Amnesty International the Lebanese government is hindering the investigation into the disaster and the judicial process. As a result, many questions remain unanswered.

After the explosion, about 25 people associated with the disaster, mostly dock workers and customs officers, were arrested. Thirteen of them have since been released. Relatives still demand justice.

“We hope God punishes whoever is responsible for this, what else can we do?”, the brother of the late Harb, told AP.

See also  The figure of Lars Vilks, the artist who drew cartoons of the Prophet Muhammad, became a victim of death in an accident