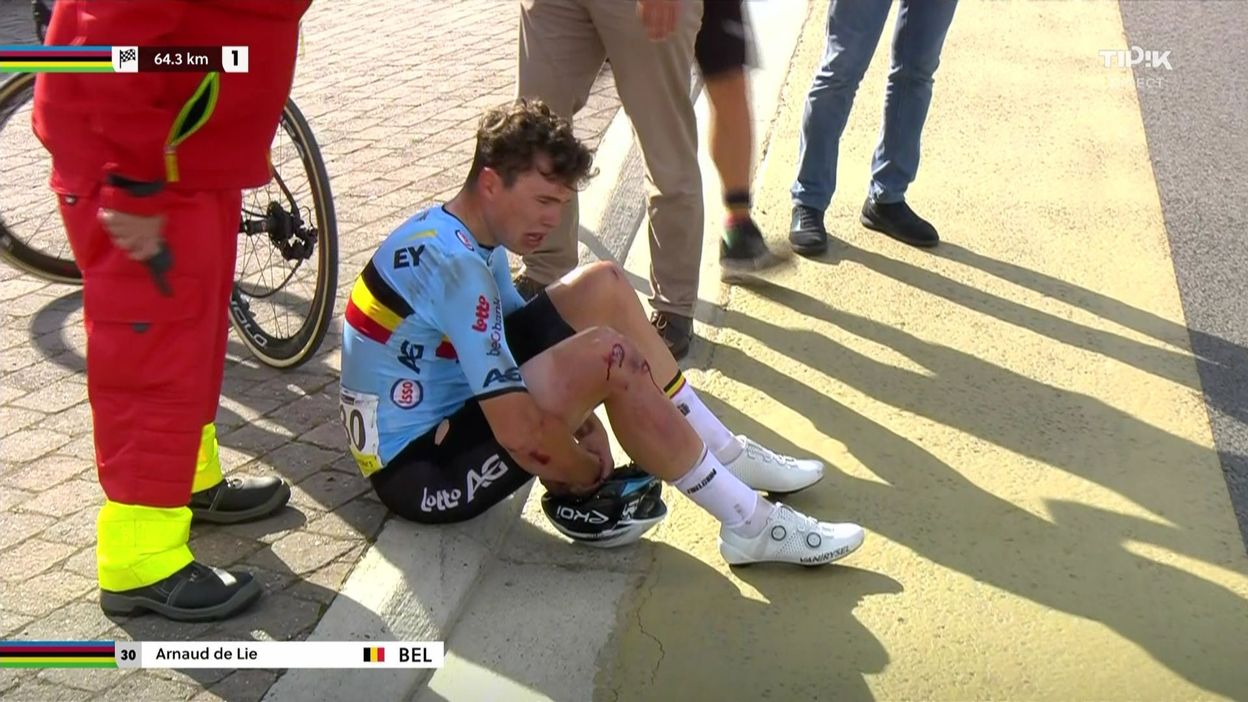 The Belgian guy Arnaud De Lie, who was among the title contenders during the U23 World Cycling Championships road race, lost all hope of victory about sixty kilometers from the finish when he had just crossed the summit of the Moskestraat, one of the main difficulties of the final of the event.

The future rider of the professional team Lotto Soudal, 19, suffered a heavy fall, like many other riders this afternoon. It was in tears that he came to his senses before giving up a little later.