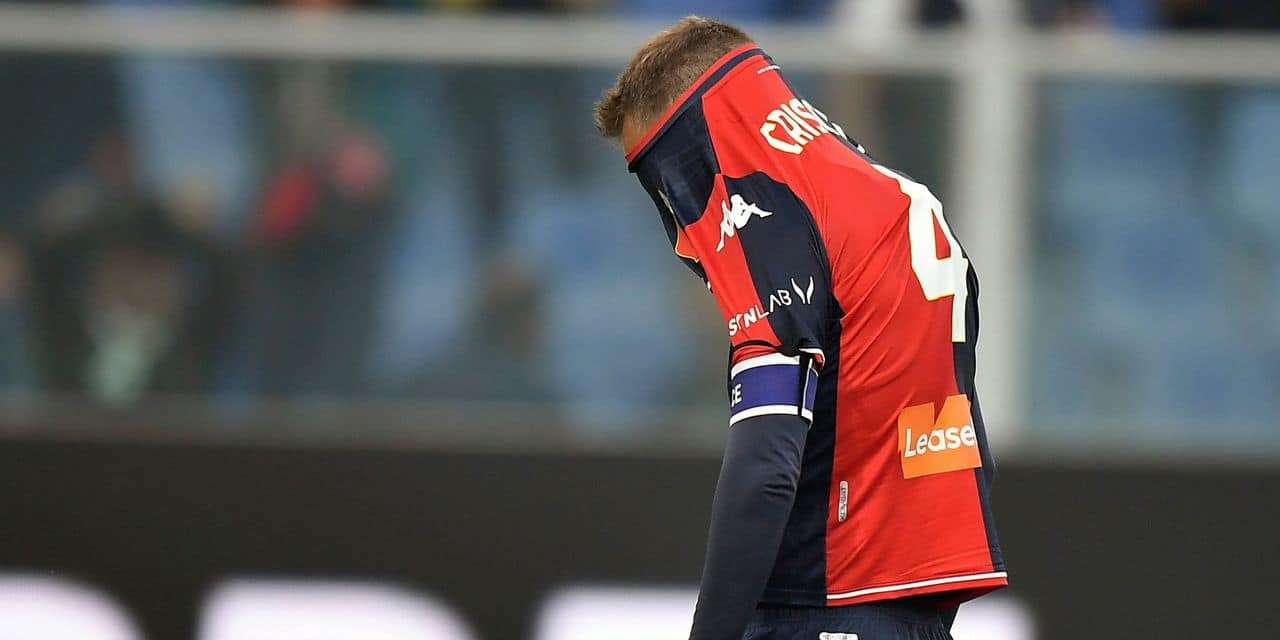 Genoa loses against Bologna and goes to Serie B

On Saturday afternoon, Genoa lost to Bologna, 0-1, for the 38th and last day of Serie A. This result sealed the fate of the Genoese club, which will play next season at the lower level, in Serie B. In the absence of Zinho Vanheusden, on the sidelines since last February with a thigh injury, Genoa had to win to hope to stay in the elite of Italian football while awaiting the results of their competitors, Cagliari and Salernitana, who play on Sunday. Musa Barrow nevertheless put an end to Genoese hopes by scoring the only goal of the match in the 66th minute for Bologna.

Arthur Theate, who has seen his playing time drastically reduced since the 35th day of the championship, remained on the Bolognese bench throughout the meeting. He has played 31 league games this season, scoring 2 goals and providing 1 assist since arriving from Ostend in August 2021. Zinho Vanheusden is also seeing his loan from Inter Milan come to an end, while his contract with the Milan club runs until June 2026.

Thus, the Genoa of Alexander Blessin, the coach of KV Ostend between July 2020 and January 2022, who has accumulated only 28 points in 38 games, is relegated to the same title as Venice and will play next season in Serie B. Bologna (46 points) ends the championship in the soft underbelly, between 12th and 13th place according to the result of Udinese on Sunday.

Besiktas and Batshuayi end mixed season with draw against Konyaspor

Besiktas and Konyaspor left with a draw, 1-1, at the end of their meeting counting for the 38th and last day of the Turkish championship. The Black Eagles will end the season, in the best of cases, in 6th place. Konyaspor took the lead in the first half thanks to Rahmanovic (42nd), but Karaman allowed Besiktas to restore equality at the very end of the game (90th +1). Michy Batshuayi, who started the game on the bench, came on in the 60th minute and played the last half hour of the game.

Defending champion, Besiktas will end the season at best in a disappointing 6th place, after having accumulated only 59 points in 38 games against 84 the previous season. Konyaspor finished the championship in 3rd place with 68 points, far behind champion Trabzonspor who had 81 points with one game to play.