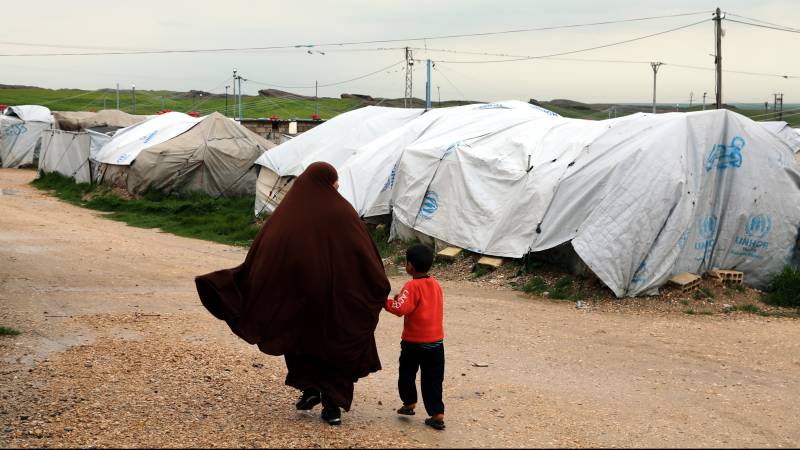 Belgium has for the second time picked up a group of women and children of IS fighters from a prison camp in Syria. Six women and sixteen children were flown overnight from the al-Roj detention camp to a Flemish air force base.

Last year, the government decided not to allow children of Belgian IS fighters to remain in the prison camps. Together with their mothers they are therefore taken back, their fathers are killed or missing. Last summer, six women with ten children were picked up.

The women who have been retrieved are going to prison in Belgium because of their membership of the terrorist organization IS. The children come under the supervision of a juvenile judge, who determines whether they are cared for by family or authorities.

Just like in the Netherlands, bringing back IS women is not without controversy. “This government is playing with our security”, believes N-VA MP Metsu.

“There is no place left in this country for those who have openly turned their backs on our society and have literally and figuratively taken their lives,” says colleague Pas van Vlaams Belang. She says against the VRT that the women should be punished in the region where they have broken the law, “where the punishments are no laughing matter”.

The opposition members point out that two of the women who returned last year have since been released. Prime Minister De Croo emphasizes that this does not mean that the women are no longer followed.

De Croo says that his government is above all the future of innocent children keep in mind. Because the camps are a hotbed of IS thinking, it is better to get them back before they are affected by extremism.

“If an individual were to disappear from the radar of the security services, the security risks would certainly be much greater in the long run,” threat coordinator OCAD also says. “For our national security, a controlled return offers the best guarantee of proper follow-up by all competent services.”

The Dutch government got it early this year for the first time, nationals returned from the same detention camp in Syria, five women and eleven children. The cabinet initially said it did not want to cooperate with their return, but decided to make an exception because otherwise the women could no longer be prosecuted.

The first of these women has now been convicted: 28-year-old Ilham B start this month 3.5 years in prison for membership of a terrorist organization. The Public Prosecution Service had demanded 8 years, but the judge did not consider it proven that the woman had participated in the armed struggle.

Last month decided the court in Rotterdam that another twelve women and their 29 children must be collected within four months, the Dutch Public Prosecution Service does not want to forfeit the right to bring them to court. In total, according to the AIVD, about 100 Dutch women traveled to the Middle East to join IS.