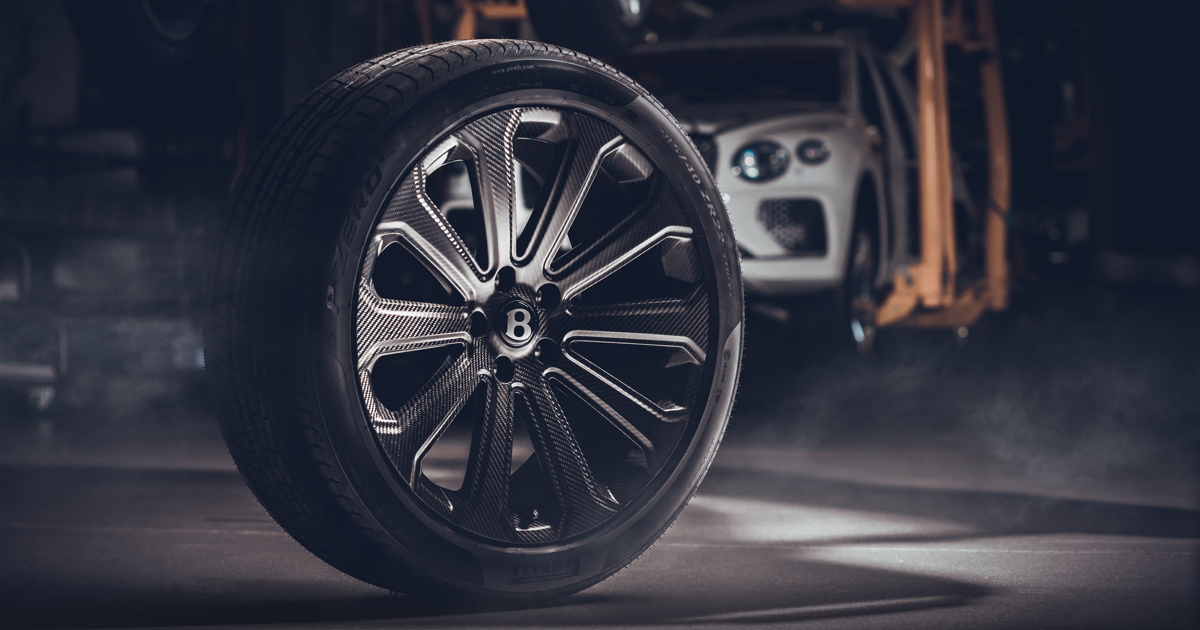 Bentley and Mulliner have unveiled a 22-inch carbon wheel for the Bentayga, created with composite maker Bucci Composites.

It is claimed to be the largest mass-produced carbon fiber wheel. The disc development took five years. It is 6 kg lighter than its aluminum counterpart, which reduces the vehicle’s unsprung weight.

The test results showed that after a strong impact, in which an aluminum wheel rim shatters or cracks (which leads to a sharp drop in tire pressure), the carbon rim slightly delaminates, and air gradually escapes through small cracks. This ensures that the vehicle remains under the control of the driver, who can make a safe stop.

The carbon disc has passed tests according to the methods developed under the program of the German Association for Technical Inspection TÜV. At the final stage of development, the disc was tested on the Nürburgring Northern Loop. The discs will be available to order from Mulliner later this year, with no pricing yet.

See also  United States - Inaugural flight for the Boeing 737-10, the largest of the MAXs