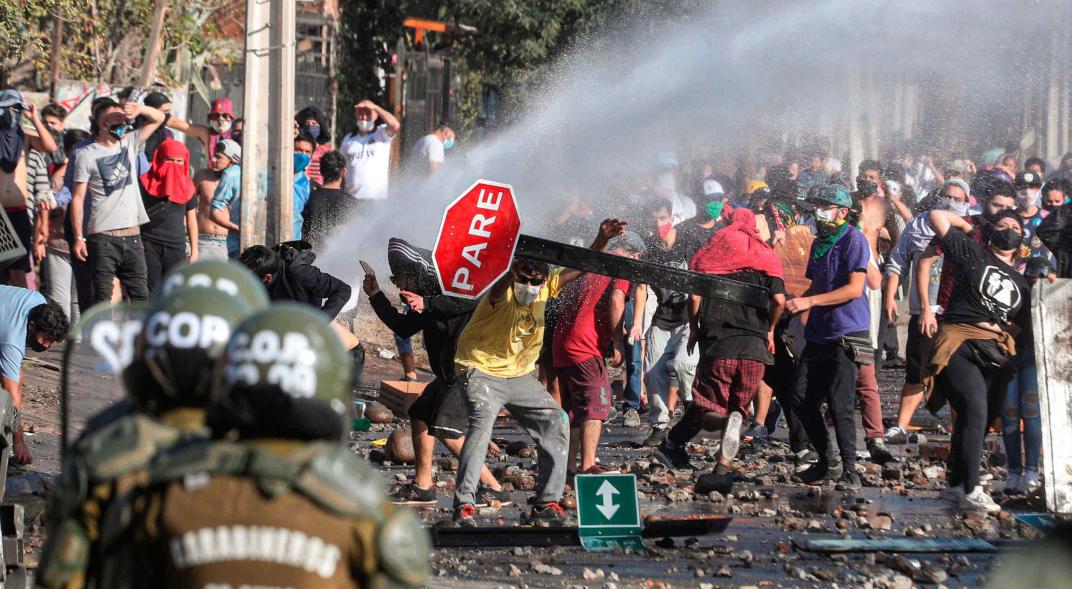 With each passing day, the reality in Chile becomes bloodier. As the numbers of deaths from coronavirus rise day by day, hundreds of people challenge the quarantine to protest because they consider that they feel unprotected by the State.

It is not all. While the Ministry of Health stated that the system is near the limit of its capacity, President Sebastián Piñera acknowledged that the country was not prepared to successfully face a pandemic of this magnitude.

“We were not prepared. No country, not even the most developed, was prepared to face the coronavirus pandemic, as evidenced by the evident saturation of health systems in countries with a high level of development, “said the president.

“Chile was not ready either. We have to be humble to recognize it. Faced with the enormous difficulties we face, we have all made a gigantic effort, “he added.

Chile yesterday registered a new record in the daily increase in cases of coronavirus and fatalities, which is close to 50,000 positives, among which there are more than 500 people who have died.

The Health Minister, Jaime Mañalich, specified that there were 31 new deaths for a total of 509 fatalities, which places fatality at one percent, “among the lowest in the world.” “The vast majority” of the deceased, he explained, are elderly with “very significant” previous illnesses that could not be treated in intensive care because “there was a limitation of therapeutic efforts.”

Of these nearly 50,000 cases of coronavirus, 27,563 are still active, including 876 people admitted to intensive care, while 21,507 patients have recovered, according to the Health Minister.

“The numbers are very worrying,” acknowledged Mañalich, noting that the Trans-Andean nation went from a daily average of 2,500 to 3,520 new infections.

The official warned that “effectively corresponds to the trend of increase that has been observed for some weeks, especially in May.”

The Piñera government already had to announce last week “harsh” measures, such as the confinement of all of Greater Santiago, which, counting the communes of other parts of the Chilean geography that were already isolated, leaves almost half of the country’s population.

The Chilean president refused to declare a national quarantine for the economic damage that it can cause, although he declared “selective and dynamic” quarantines, prohibited massive acts and closed borders, among other measures.

Another face of the crisis stemming from Covid-19 is the protests over the lack of work. In the last hours, residents of the capital city of El Bosque began a protest against the government, which sparked a confrontation with police, who arrested three people.

Carabineros arrived at the protest site to control the situation through the use of tear gas and the fire hydrant, which led to a confrontation.

“There are more than 50 people who do not have food, and people who need medicine,” said a neighbor of the place.

Meanwhile, the mayor of El Bosque, Sadi Melo, stated that “the health crisis is facing poverty in our communities.”

System to the limit: Specialists warn

The Medical College noted that there is a risk of collapse.

The Chilean Medical College warned that the capital, which concentrates the largest number of those infected and killed by the new coronavirus, is close to the specialized medical teams reaching the limit of their capacity. The institution’s vice president, Patricio Meza, pointed out that it may happen “soon” that special teams for seriously ill patients “are reaching their operating limit.” The master in public policy warned that the medical resources available to the country are also “limited”.

The original text of this article was published on 05/20/2020 in our printed edition.