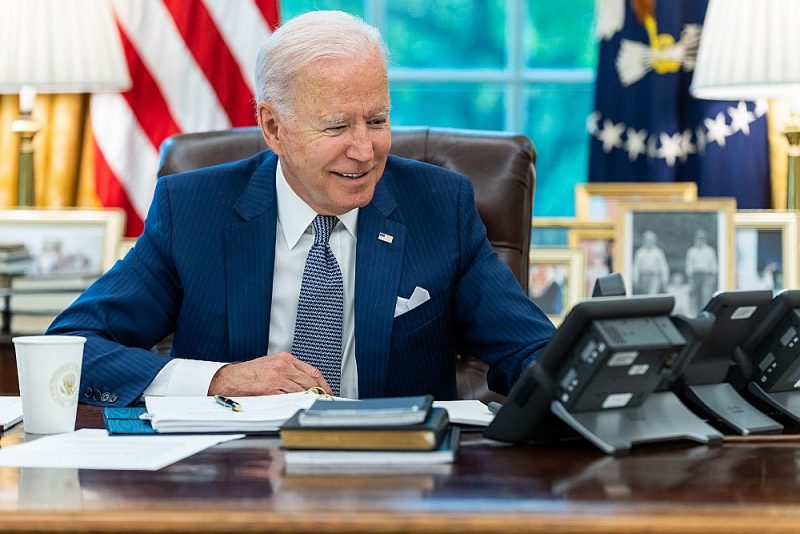 In the first phone call since Australia’s decision to buy US submarines instead of French submarines, US President Joe Biden and French President Emmanuel Macron have agreed to launch in-depth consultations to restore mutual trust and meet in Europe in late October.


“Problems are very serious. ” Has Lithuania made a mistake in banning unvaccinated people from visiting supermarkets?

“Minister the damage is greater than the damage caused by all antivirals! ” A hop on fear and chaos

VIDEO. In the children’s playground, a bear’s mother slides on a slide while playing with a bear

Biden’s concrete concession to France was a promise to step up US support for French and several EU counter-terrorism operations in the Sahel region of Africa. Macron had long called on the EU and the US to increase support for the French mission in Mali, where the situation could be further complicated by the intervention of Russia’s private militant group Wagner.

The diplomatic settlement with the United States is evidenced by the French ambassador’s return to America next week. In a conversation with Macron, Biden reaffirmed the importance of the military involvement of France and other European countries in the Asia-Pacific region.

The White House statement emphasized that the United States recognizes the importance of European defense, where France has been at the forefront for many years, as a complement to NATO’s transatlantic alliance. A meeting between US Secretary of State Anthony Blinken and French Foreign Minister Yves Ledria was scheduled for the UN General Assembly yesterday in New York.

The frost continues in French-Australian relations, and it is not yet known when the recalled French ambassador may return to Canberra. Australian Prime Minister Scott Morrison said the French president had not responded to his request for a phone call.

“I will wait until the right time and opportunity for our conversation,” Morrison said. “Our doors are open and the invitation has been extended. We understand resentment and frustration. We will be patient and expect to be able to work with our old friends again, ”said the Australian Prime Minister.

Immediately after the US-Australia dispute with France over the submarine purchase case, European Commission President Urzula von der Leien told CNN in an interview that “in relations with Washington, it is not possible to return to” business as usual “until the US has answered some questions.”

“One EU country has had to experience unacceptable behavior, so we want to know what happened and why,” she said.

Time will tell whether the apology expressed by US President Biden to the French president for not holding consultations before the submarine deal with Australia will be enough to balance transatlantic relations. Analysts note that from the point of view of Western strategic cooperation, it would be illogical for Australia, the leading country in India and the Pacific, not to cooperate with France, the EU’s most influential country in the region.

According to Politico, several EU countries (the Netherlands, Belgium, Denmark and Ireland) are putting pressure on European Commission President Urzula von der Leien to announce that the EU-US Trade and Technology Council meeting scheduled for 29 September will take place in Pittsburgh. time and will not be postponed.

EU officials believe that otherwise, a number of important concessions made in talks with Washington in recent weeks, as announced at the Pittsburgh summit, could be lost. Several EU countries have emphasized the importance of EU-US economic ties.

The Pittsburgh Summit was to agree on common EU-US standards for semiconductor manufacturing and artificial intelligence, a common approach to forced technology transfer and the sharing of information on investigations into illegal subsidies and dumping in order to jointly impose tariffs on non-market economy countries ( that is, China).