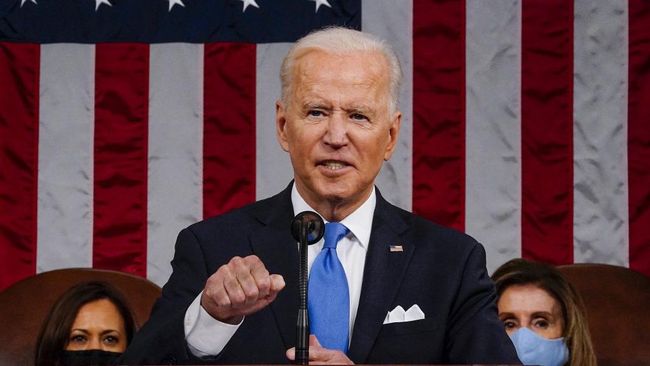 President of the United States (USA) Joe Biden will hold a meeting with the leaders of Southeast Asian countries in mid-May.

“It is a top priority for the Biden-Harris administration to be a strong and reliable partner in Southeast Asia,” the statement said. AFPSunday (17/4).

The summit was originally planned for March 28 and 29 but was ultimately postponed due to scheduling conflicts and the ongoing Ukraine crisis.

Biden will meet ASEAN leaders in the new schedule on May 12 and 13.

On March 29, Biden met Singaporean Prime Minister Lee Hsien Loong and other key ASEAN members and said he wanted to ensure that the region was ‘free and open’. This is a reference that the US sees China’s strong efforts to increase its power to dominate international trade routes.

Biden had also participated in a virtual meeting with ASEAN leaders last October.

During the meeting, Psaki said in his statement, Biden announced initiatives to expand US engagement with ASEAN on Covid-19, climate change, economic growth and more.

The tense competition with China has become one of the biggest foreign policy challenges for the US.

So far it remains unclear whether Myanmar’s leader will attend this meeting. The US has previously accused Myanmar’s military leadership of committing “genocide” against the Rohingya minority.