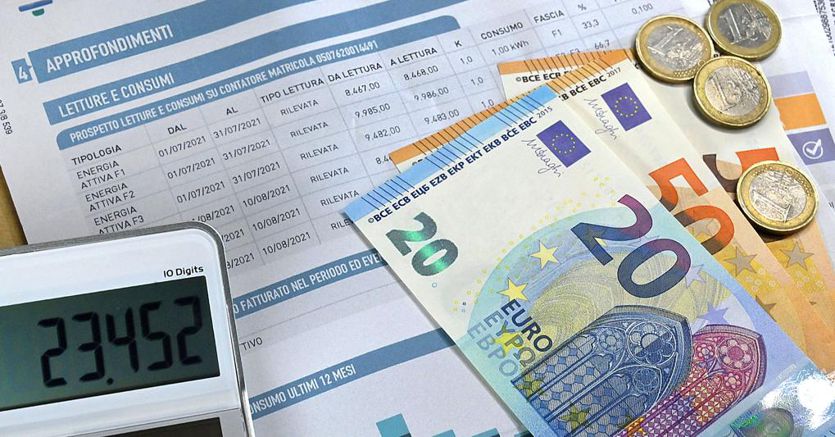 The latest alarm on electricity and gas bills has passed almost unnoticed. But the substance of the message launched on several occasions by the Authority for Energy, Networks and the Environment (Arera) does not change: in the absence of new corrective measures from the government, new price increases are looming in the first quarter of 2022. This time the call of the Arera came with the hearing in recent days of its president, Stefano Besseghini, in front of the X Production Activities Commission of the Chamber and was put on paper in the memory handed down to the parliamentarians. But what does the Arera say?

The buffer measure at the end of July

In front of the deputies, Besseghini first of all recalled the two maneuvers put in place by the executive to cushion the surge that was recorded first at the end of July and then upstream of the latest quarterly update. In the first case, the Arera recalled, with Legislative Decree 73 of 2021 (converted with Law 106/21), the government and Parliament have allocated 1.2 billion euros to finance the reduction of the Asos component (the item that it is mainly intended to finance the development of renewables) for the third quarter of 2021. In addition to this, the Arera has added other measures, also intervening on the remaining charges (Arim component). With the result that the increase in electricity bills was reduced to + 9.9% (in the absence of measures it would have been more than 20%).

Then, at the end of September, a further maneuver in consideration of the new price tensions that have not eased the effects on the bill. Thus the government, also taking advantage of the collaboration of the Authority, conceived a new intervention for a total of 3.5 billion euros which made it possible, on the one hand, to mitigate the effect of the increases in electricity and gas for 29 million families and over 6 million “non-domestic” electricity users, and, on the other, to neutralize the impact of price increases for holders of social bonuses.

And now, looking to the immediate future, the Authority is not optimistic. The reason? The answer is clear in the memory delivered to Parliament. “The prices of electricity in Europe, and in Italy in particular, follow the prices of the natural gas market (and that of emission permits) which is the source of marginal production plants”. The prices of these days, continues the Arera, “even with a slight drop compared to the highs of recent weeks, they see average prices around 170 euros per megawatt hour for the entire winter period, and then drop to around 110 euros per megawatt hour starting from April 2022 ».

New price increases are on the way

In light of this trend, according to the Authority’s estimate, a further, potentially significant, increase in prices for protection services is looming for the first quarter of 2022 (the current prices of natural gas for the first quarter of 2022 are very higher than those used in the last update), which would determine similar criticalities q those faced for the fourth quarter of 2021 “. Ergo, in the absence of further interventions, at the beginning of the year there is a risk of a double blow both for the increases linked to the prices of commodities and for the increases deriving from the restoration of the components covering the general system costs that have been calmed with the latest maneuvers of the government.