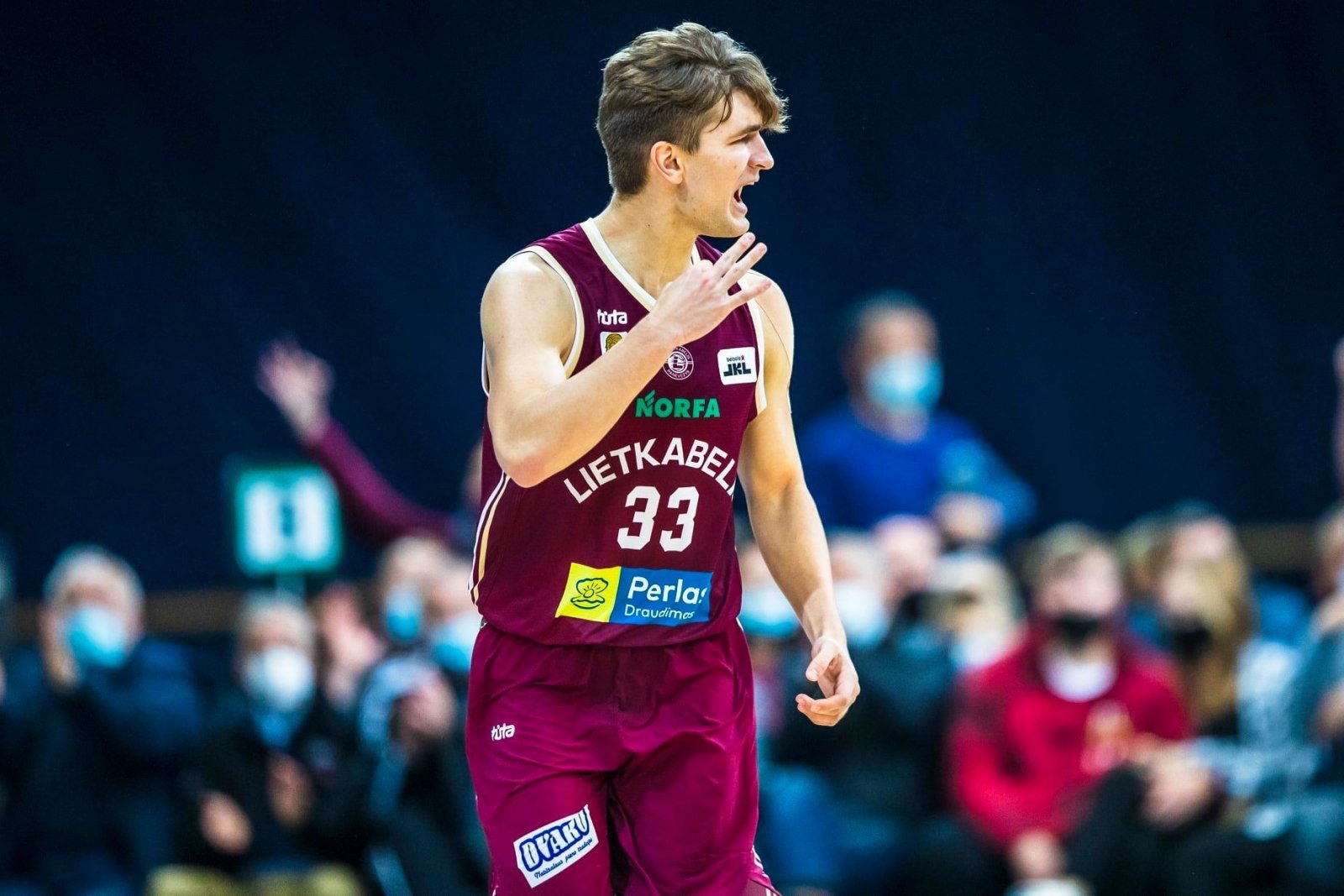 The Panevėžys team had to play in this match without leaders suffering from illness and injury – the most productive player of the team, Gediminas Orelikas, who collected 15.6 points in the European Cup match during the match, and the main middle striker George Gagičius.

However, other basketball players took the places of the fallen leaders, and long-range throws became the main weapon of Panevėžys residents. In this match, Lietkabelis basketball players realized as many as 19 three-point points out of 36 (52.8%) and improved the record of not only the team, but also the European Cup tournament season.

In the first half, the people of Panevėžys led 18: 8, but the guests from France recovered and separated the teams by only 2 points at the end of the half (23:21). Halfway through the second half, the Metropolitans 92 had a 5-point lead (36:31), but now the Lietkabel players have shown their character and regained the advantage with 47:44.

The guests started the third quarter with a spurt of 9: 0 and broke forward with 53:47. After playing 4 minutes in the third quarter, Panagiotis Kalaitzakis ended the drought with two free throws, and Kaspars Berzinis and Vytenis Lipkevičius, who finished the quarter with three points, reached a score of 64:64 after 30 minutes.

At the beginning of the fourth quarter, K. Berzinis fired two more long shots, and after his bombs and Kasparas Žemaitis’ accurate throw-in, Lietkabelis led 71:66.

Although the guests from France fought until the last moments, the Panevėžys team, which organized a real long-throw fiesta, did not lose the victory.

At the beginning of the last minute of the match, P. Kalaitzakius, who scored the 19th and probably the most important three-point, increased the advantage of the hosts to 5 points (92:87), and D. Giedraitis helped the last point with two free throws.

D. Giedraitis has played in a career match for 32 minutes. scored 25 points, realized 4 double points out of 6, 5 three points out of 8, and both free throws.

After winning their fourth victory, Lietkabelis broke a series of two defeats and rose to sixth place in Group A.