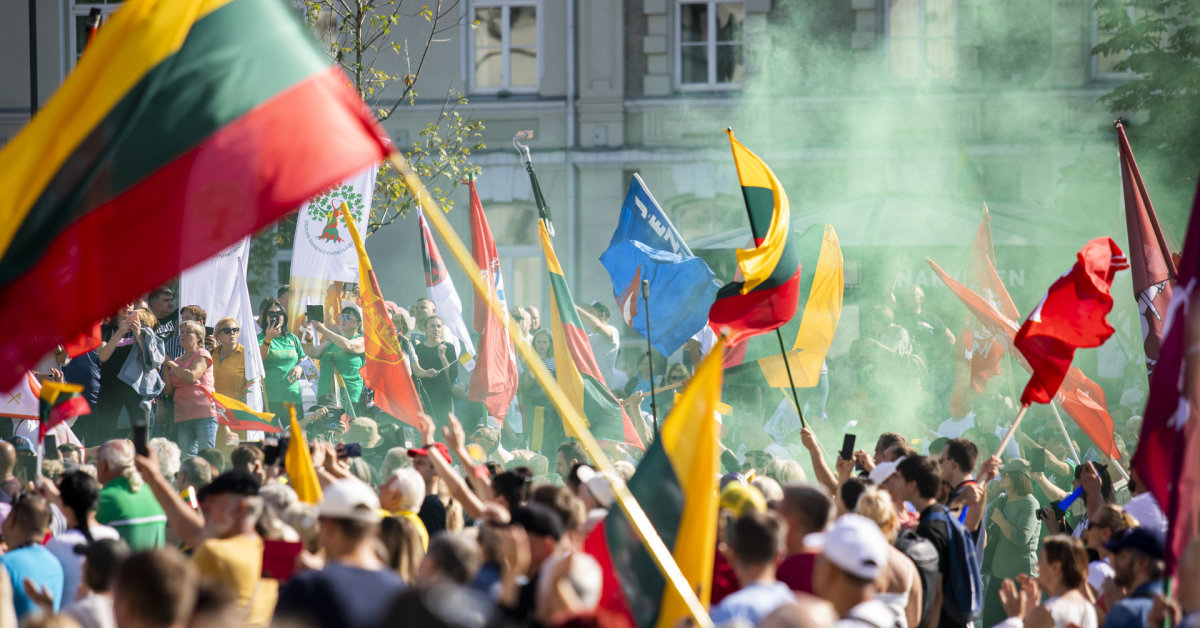 Rally. About 4.5 thousand. people gathered in the Cathedral Square in Vilnius for a rally against unrestricted access for people without passports, wearing masks in schools, other pandemic management measures, the Partnership Law, the Istanbul Convention. Police arrested five people, one of whom found pyrotechnic articles. The official part of the rally ended at about 3.30 pm, when the organizers called on the participants to divide peacefully.

* 922 new cases of coronavirus were identified, 10 people died. 763 COVID-19 patients are treated in hospitals. Almost 4.6 thousand people were vaccinated with the first dose per day. people.

* After the start of contact education, the next few weeks will be more difficult due to the spread of COVID-19, warns the Minister of Health Arūnas Dulkys. “This phase will create additional risks, and we still have a lot of unvaccinated people and unfortunately the delta is doing its job,” he says.

* The administration of the President of the United States, Joe Biden, has announced that it will oblige companies with 100 or more employees to vaccinate all employees or to perform COVID-19 tests on a weekly basis.

The migrant crisis. About 50 migrants were returned to the border with Belarus, none of them were admitted to Lithuania.

Seimas session. The Seimas convened for the regular autumn session. The Speaker of the Seimas, the leader of the Liberal Movement Viktorija Čmilytė-Nielsen, identifies three main priorities of the session: decisions to be made in response to the coronavirus pandemic and migrant crisis, the social security package, the 2022 budget and related tax changes. On the first day of the session

„15min group“. Tomas Balžekas became the General Director of the companies managing the news portal “15min” and the news agency BNS. After merging the latter companies with Media Bees, T.Balžekas now manages all media activities of the joint 15min group.

The beginning of Zapad. Soldiers of Russia and Belarus have started practical operations of the joint military exercise “Zapad 2021”. The week-long active phase of the exercise will take place in nine landfills in Russia and five landfills in Belarus. They will be monitored by several Lithuanian representatives.

„Nord Stream 2“. Gazprom has announced the completion of Russia’s second export pipeline across the Baltic Sea to Germany’s Nord Stream 2. The Kremlin has called on Germany to give permission as soon as possible to launch the controversial pipeline under assessment. Ukraine has stated that it will continue to oppose the project. 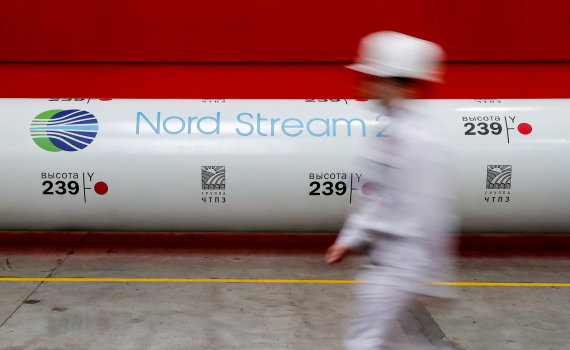 Leaders interview. U.S. President Biden spoke on the phone for the first time in seven months with Chinese leader Xi Jinping. As Biden said during the conversation, the United States wants to ensure “that the dynamics remain competitive and that there are no future situations of deviating from unintentional conflict.”

Government of Lebanon. The Lebanese presidency announced that the country’s government had been formed 13 months later.