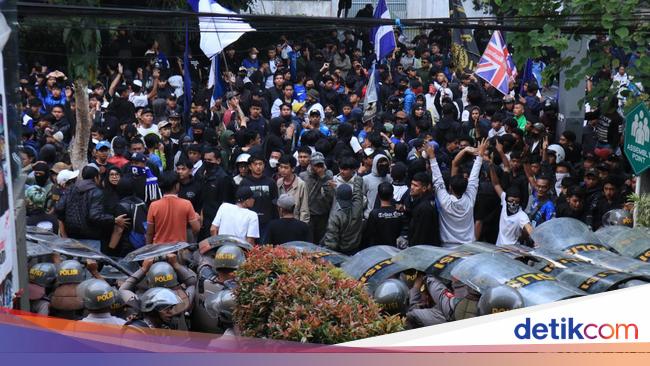 The Bobotoh demonstration in front of the PT Persib Bandung Dignity (PBB) or Graha Persib office ended in chaos. The crowd threw mineral bottles and stones at Persib’s office.

From monitoring detikJabar, at Graha Persib on Jalan Sulanjana, Bandung City, Wednesday (28/9/2022), the masses threw stones and bottles of mineral water towards the Persib office. The riot started when the Bobotoh mob shouted at the Persib management to come out to meet the crowd.

The action was carried out by Bobotoh to ask the management to facilitate the ticket distribution process for the community. The action took place since Wednesday afternoon at 13.00 WIB.

However, as of 16.50 WIB, the action was still ongoing because the masses wanted to meet directly with representatives of Persib’s management. However, their request has not been fulfilled.

The crowd, who had been waiting for hours, got emotional and immediately threw stones at the Persib office. Bottles to flying stones. The people on the balcony of Persib’s office scattered.

The police on guard immediately mobilized troops to dispel the crowd and calm the situation. Not long after, the situation began to be under control.