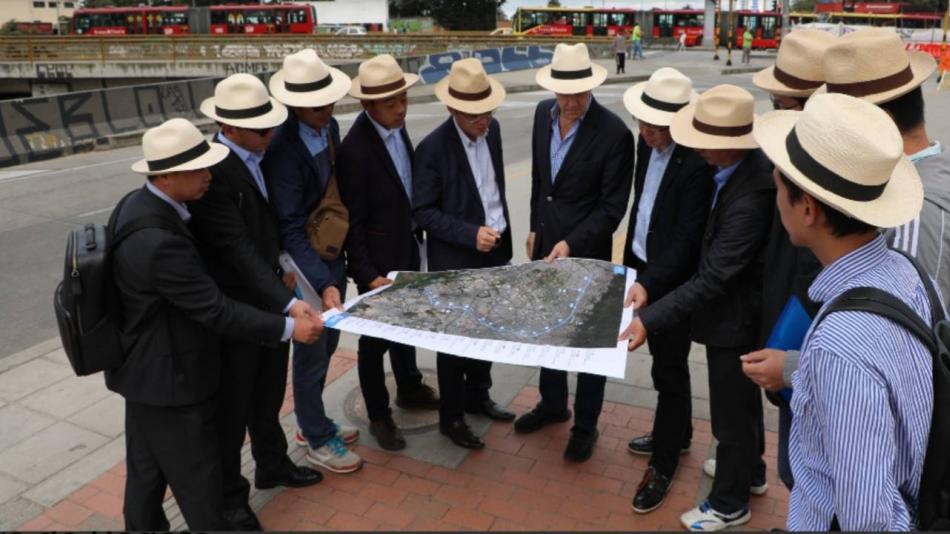 One year after the award of the contract for the construction and operation of the Bogotá metro, the act of commencement of works of the most important infrastructure project in the city and the country is signed.

(Read also: This will be the trains that are being manufactured for the metro)

As EL TIEMPO had announced, in last Sunday’s edition, the historic event takes place on the site where a workshop will be built in Bosa. The President, Iván Duque, is present virtually, since he is in Quibdó attending to security issues. From there, he celebrated the signing of the initiation act.

“Today a dream materializes, a national and city purpose is fulfilled, we give a material start to the construction of the Bogotá metro. A work that has been longed for for decades that means reactivation, progress, employment, dynamism, social transformation”, said the president.

The event is led by Mayor Claudia López; the manager of the Bogotá Metro Company (EMB), Andrés Escobar, and the representatives of the Metro Line 1 SAS (ML1) consortium, a firm that has already requested authorization to work 24 hours a day, seven days a week.

“There is no work more desired, that more illusions the soul of Bogota, than its metro. The metro is much more than a means of transport, it is a symbol of unity, equality, transformation of our society”, Claudia López , mayor of Bogotá.

The works will begin with the workshop yard, which will be located on a 32-hectare site, in the town of Bosa. This is one of the three most critical works of the project. In this case, it is for the works that will be executed and their duration.

The others are the intersection of Primero de Mayo avenues and the TransMilenio trunk on 68 avenue – construction is beginning and there the metro and key public service networks converge -, and at the intersection of the metro with calle 72 and la Caracas trunk, due to the overpass work, high road traffic and detours.

The metro, which will extend for 23.9 km –without counting the extension to Suba and Engativá–, must be built between 2027 and 2028. The cost of the work is estimated at 12.6 billion pesos, resources that will contribute

– This will be the new trunk avenue Ciudad de Cali of TransMilenio.

– On October 19, the return pilot of official schools begins.