Bolivia: what does the decree signed by Jeanine Áñez say about the actions of the Armed Forces that went viral on social networks

The photograph of one of the three pages of the Supreme decret –with letterhead of Presidency of the Plurinational State of Bolivia- signed by the president in charge of the Executive Power of that country, Jeanine Áñez, It caused a stir on social networks after only referring to one of the sentences that were written there was made among its paragraphs. The highlighted expression indicates that those members of the Armed forces o la Bolivian Police who participate in the operations would remain “exempt from criminal responsibility“, Implying that they possessed”White card”To repress and that they would not have legal consequences of any kind by the transitional government that succeeded Evo Morales.

However, the full paragraph referenced is broader and more explanatory. “Article 3: The personnel of the Armed Forces who participate in the operations to restore internal order and public stability will be exempt from criminal responsibility when in compliance with their constitutional functions, they act in legitimate defense or state of necessity, in observance of the principles of legality, absolute necessity and proportionality, in accordance with Article 11 and 12 of the Penal Code Law 1760 and the Code of Criminal Procedure”. 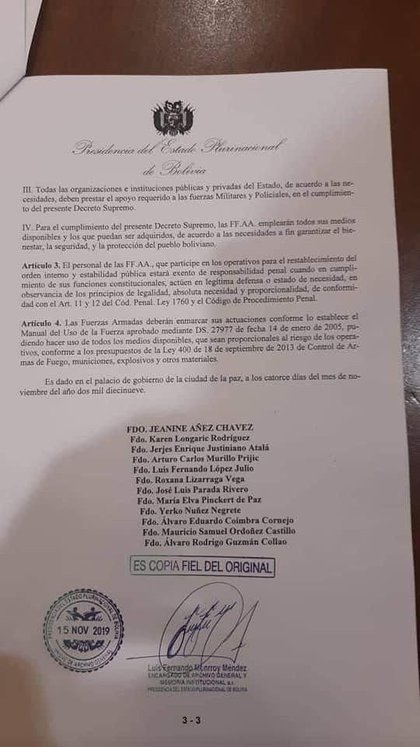 That is, the decree signed by Áñez and eleven other officials frames the military and police actions within what the State Constitution Y criminal laws of Bolivia.

The law of repressive action signed by the Executive power continues explaining the scope of the use of force that members who are summoned for this purpose will have to carry out: “Article 4: The Armed Forces must frame their actions as established in the Manual for the Use of Force approved by Supreme Decree 27977 dated January 14, 2005, being able to make use of all available means, which are proportional to the risk of the operations, in accordance with the budgets of Law 400 of September 18, 2013 on the Control of Firearms, ammunition, explosives and other materials”.

The viralized message on social networks spread hours after it became known that during the very serious incidents registered in Cochabamba, at least nine people lost their lives in clashes with the Bolivian Police, all as a consequence of gunshots. The victims of the last 24 hours perished in hospitals in the area and are added to another eight who died in the previous weeks, according to a report released by the United Nations High Commissioner for Human Rights, Michelle bachelet. 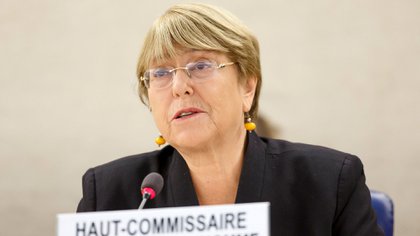 Bachelet He referred to the critical situation that is currently being experienced in that country and noted: “I am really concerned that the situation in Bolivia could spiral out of control if the authorities do not handle it carefully.”. “We have information that at least seventeen people have died in the context of the protests, including fourteen in the last six days alone“Said the former Chilean president in a statement issued by her office in Geneva. 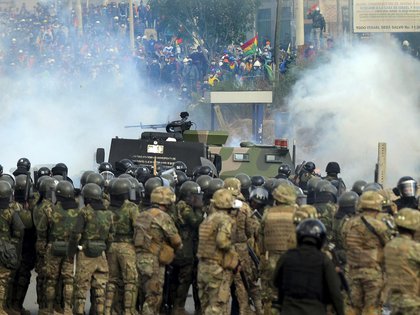 Serious incidents have been registered throughout Bolivia for weeks: 17 people died as a result, 14 of them in the last six days (AFP)

He added that, while the first deaths occurred as a result of violent clashes between rival protesters, the most recent “appear to derive from the unnecessary or disproportionate use of force by police or military personnel.” The high commissioner condemned these deaths and warned that the situation is evolving along an “extremely dangerous path, since, far from appeasing the violence, it may make it worse.”

Violent clashes in Bolivia between coca growers and the police: the death toll rises to eight

Bachelet warned of the direction the situation has taken in Bolivia: “Far from appeasing the violence, it may make it worse”

Pfizer Says May Begin Supplying COVID-19 Vaccine After US Elections

PUBG Corp. has announced the news of update 9.1 of its well-known battle royale Playerunknown's Battlegrounds, which brings the...
Read more

This Monday the Constitutional court admitted for review the lawsuit filed by the Just Cause...
Read more

With an unusual display, 'The New York Times', one of the most influential newspapers in...
Read more

US Secretary of State Mike Pompeo during a...
Read more

Jerome Boateng probably involved in car accident on A9

Former international Jerome Boateng was involved in an accident on Tuesday morning. His car...
Read more

MEXICO -- Atlantean is close to return to the Stadium, Blue building that...
Read more

Was the pharmaceutical company Sanofi doing a favor with this announcement? Image: Reuters Sanofi will...
Read more
Archynewsyarchynewsy.com