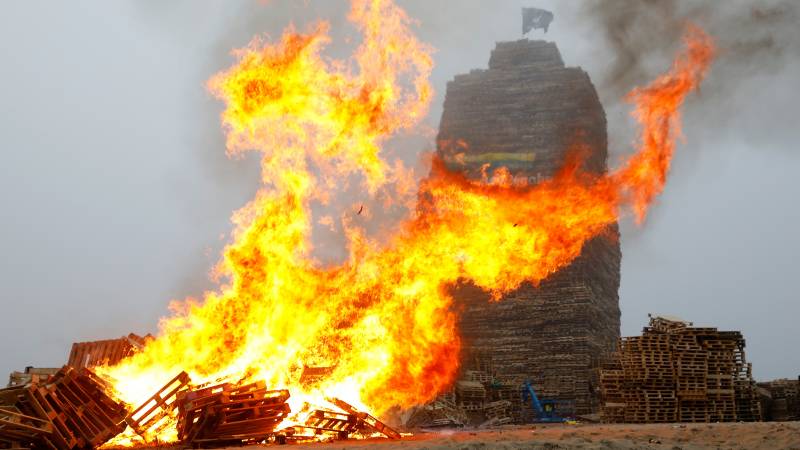 The municipality of The Hague has granted a first permit for the bonfires during the coming New Year: the bonfire in the Duindorp district will continue anyway. Earlier this month, the municipality already announced that it positive opposed to permit applications.

The permits for the Laak and Escamp districts will be granted “as soon as possible after that of Scheveningen”, the municipality writes.

A decision will be made next week about the bonfire in Scheveningen. The mayor will first talk to the organizers. The beach pavilions will remain in place this winter, which means that additional safety requirements must be met.

Rain of sparks and fires

The bonfires were not allowed to continue for the past two years. During the New years eve 2018-2019 the bonfires at Scheveningen were higher than allowed, causing a shower of sparks and fires.

The pyre was 48 meters high, while it was not allowed to be higher than 35 meters. The mayor of The Hague Pauline Krikke resigned after hard conclusions of the Dutch Safety Board.

At the coming turn of the year, the stacks in Scheveningen and Duindorp may be a maximum of 10 meters wide, 10 meters long and 10 meters high.

The cancellation of the bonfires two years ago led to riot. Last year there were also riots because the fireworks were not allowed to continue and the bonfires were banned again due to the corona measures.