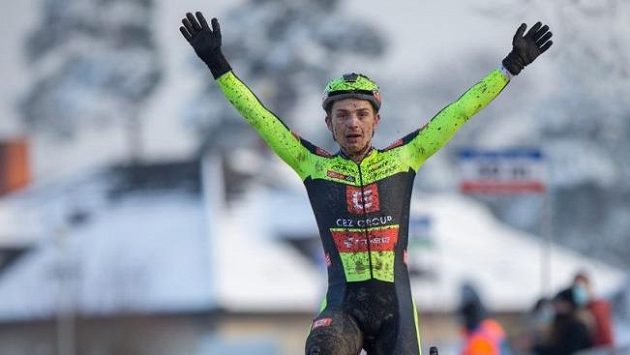 Michael Boroš on the archive picture

Twenty-nine-year-old Boroš followed up the opening cup win from Mladá Boleslav in Slaný, and was second in Hlinsko a week ago. The champion of the republic decided on the victory in the final circuit, when he passed Matěj Stránský in the technical passage and defeated the competitor of the under-23 category by eight seconds.

“It was very fast today, but definitely not easy. I had to drive more head, smarter. Young Stránský held up very well, drove a great race. I drove the final circuit as best I could. I managed to shake it off and I’m very happy with the victory. , “Boroš told the website cyklokros.cz.

Zemanová, who will celebrate her 18th birthday at the end of October, won the second race in a row thanks to an overwhelming conclusion. Jana Czeczinkarová was the first to reach the finish line, but Zemanová was faster in the finish. Anne Terpstra of the Netherlands, the fifth woman from the mountain bike race at the Tokyo Olympics, finished third.

“It was hard, but I had a good day. I was watching my forehead, and when it started to split in the fourth round, I got on and only Jana (Czeczinkarová) kept me. In the last round, I had problems, it stopped changing. so I had to go to the depot. Fortunately, I didn’t lose contact and it turned out well, “Zemanová said.

The complete Czech top took part in the cup race. Only Kateřina Nash, who lives in the USA, will represent the first three World Cup races in the United States of America, which will take place in rapid succession from Sunday.