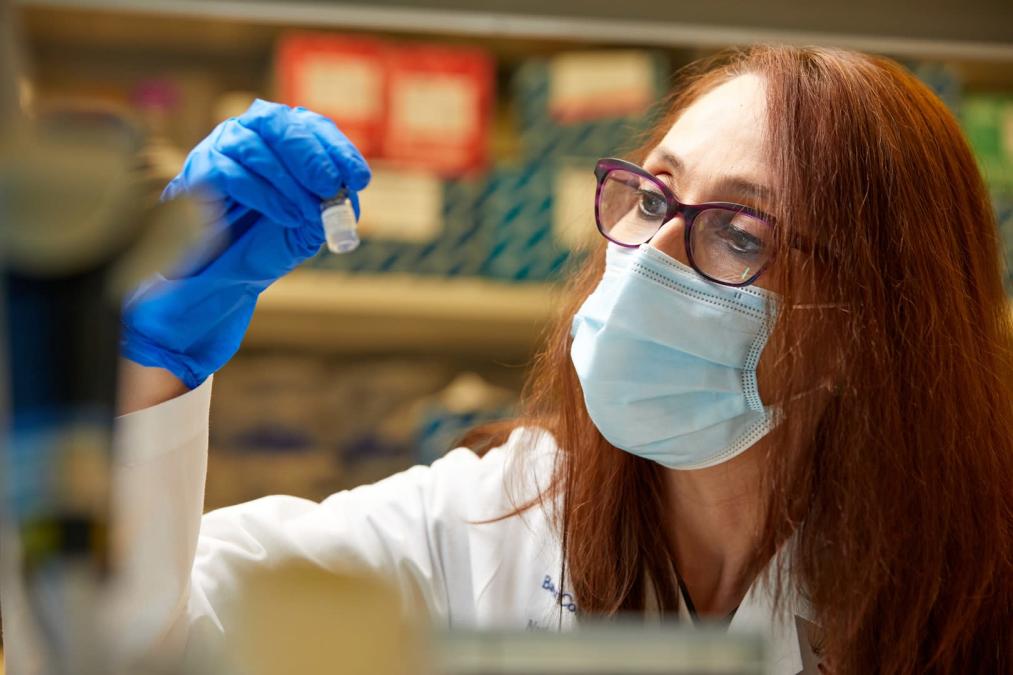 Miami, March 3 (EFE) .- Honduran scientist María Elena Bottazzi was nominated for the Nobel Peace Prize for an anti-covid vaccine for India, which, according to what she tells Efe, is the first for the poor, without patent limitations, low cost and aimed at closing global “equity gaps” and “decolonizing”.

The microbiologist says that the understanding of the world that her Latin roots give her was helpful in creating the scientific and social model for which she and her team at the Texas Children’s Hospital (USA) have been proposed for the Nobel.

Bottazzi underlines that for more than two decades the Vaccine Development Center of this hospital center has had the mission of developing immunizations against “the diseases of poverty”, such as intestinal parasites, Chagas disease and schistosomiasis, such as also coronaviruses.

He says that his idea since he lived in Honduras is to break the cycle of these “neglected tropical diseases” that cause great chronic consequences among people with limited resources, without health security, without education and who usually live in remote areas.

These ailments keep many people with “a health morbidity that they cannot really advance and be productive in society,” he laments.

INDIA, THE TERRITORY OF CORBEVAX

Among the vaccines that he has designed with his team is one for covid-19, Corbevax, which began to be distributed in India this year, after its approval on December 28 by the regulators of that country.

This initiative, which produced a safe, effective and cheap vaccine, led Bottazzi and Peter Hotez, with whom he shares the direction of the Center for Vaccine Development at Texas Children’s Hospital, to be nominated this year for the Nobel Peace Prize. by US Congresswoman Lizzie Fletcher.

Bottazzi assures that it is a model that goes beyond the scientific, because it includes “forging” alliances with governments, civil organizations and the private sector to reach the poorest countries.

He stresses that they “removed” intellectual property and patent hurdles and sought to create large-scale production “that could really be used in many places around the world.”

“We knew that what we wanted to do was a vaccine that would eventually be really open science, open transfer, with the minimum barriers so that others could replicate it and that would indeed be low cost. And we achieved it,” he says proudly.

Botazzi underlines that “Corbevax is the first vaccine that is possible to access globally and that it will really come to close the equity gaps in access to covid vaccines.”

The concept, he emphasizes, is “to really bring the entire ecosystem, be it scientific, technological, social government, community, to do good.”

In his words, it is decolonizing, “creating indigenous solutions for indigenous problems”, not waiting for high-income countries to say what to do to solve a pandemic, “but creating self-sufficiency”.

Regarding the Nobel nomination, he indicates that it is already a “responsibility to continue fighting, especially for those most unfortunate.”

He says that being born in Italy, raised in Honduras and educated in the US influenced his work.

Having grown up in “a country (Honduras) that has obviously gone through many cycles of difficulties” directed his studies and has helped him “always maintain a bit of the realities of the world, to have compassion at the same time.”

THE DIPLOMACY OF VACCINOLOGY

Unlike other vaccines such as those from Pfizer or Moderna, laboratories that do not share their recipes, the vaccine, produced by the Indian manufacturer Biological E, which gave it the name Corbevax, may be available to any nation that can manufacture it.

For Bottazzi, it is about the “diplomacy of vaccinology”: his team devised it, they gave it to a company that manufactured it, they worked “transparently” together and “in the end it ended up being a product whose owner is practically the population of the india”.

About Corbevax, designed together with Hotez, who is also dean of the National School of Tropical Medicine at Baylor College of Medicine, Bottazzi says it is “highly” safe and protective.

He says that since March 2020 they already had a prototype of the vaccine because for several years the center has had a specific program to study coronaviruses and they knew a lot about these pathogens.

“We knew that the spike protein was a very important target,” he says.

He adds that despite the fact that all vaccines have tried precisely to block and neutralize this protein, theirs did not receive scientific interest.

Corbevax uses the same technology as the hepatitis B vaccine, with recombinant proteins, which does not use the virus, is vegan and has no animal or human residues.

It is a synthetic production process in the laboratory with the use of yeasts, as is used in beer, but in this case they codify it so that it produces a replica of the spike protein to present it to the immune system.