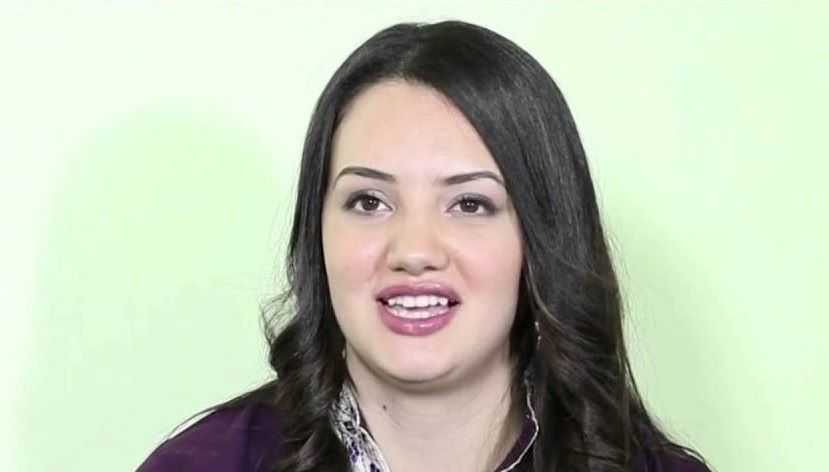 Algeria and Morocco are two countries linked by history and culture. If the new Miss Morocco 2021 universe, Kawtar Benhalima, is of Algerian origin, it is the opposite for the comedian and actress Bouchra Okbi. Born in Algiers, she is therefore Algerian, but of Moroccan origin. She has revealed that she has family ties to the Sherifian kingdom. Indeed, her maternal great-grandmother was from Morocco. But, his story has not convinced Internet users.

Known for having played the role of “Sarah” in the television series “Djemai Family”, as well as that of “Yasmine” in the series “Chahra”, the Algerian comedian and actress Bouchra Okbi, was on set of’Echorouk News TV, Friday evening November 26. During her interview, she revealed her Moroccan origins, when everyone thought the actress was purely Algerian. This statement by Bouchra Okbi, comes in the middle of the controversy over Cheb Khaled and his attachment to the Shereefian kingdom.

She also claimed that she shares friendships with many Moroccans. But also that she has never had any problems with this situation. However, diplomatic relations between Morocco and Algeria have not been in good shape for decades, due to the conflict over Western Sahara. Worse, they have deteriorated lately. A difficult situation for families who have their own in “brother” countries, especially for Algerian-Moroccan couples.

Algerian actress Bouchra Okbi did not hide her love for her country, which does not prevent her from having friends on the side of the Cherifian kingdom. She also let it be known that despite her history with Morocco, she does not accept someone to attack Algeria. But, the actress carries a message of peace and brotherhood to the leaders of the two countries, and prays that the populations can live fully together.

On the other hand, some Internet users find this Bouchra Okbi story to sleep on. ” Haha, his mother’s grandmother is Moroccan…. That doesn’t mean that Bouchra, your address is trivial… My grandmother is Brazilian. Am I Brazilian or Algerian? “, Wonders the one who says” Algerian and proud “. ” The blood of Morocco is dominant in Algeria, as Morocco has ruled Algeria three times through three empires. You are our lost blood “, Indicated a Moroccan Net surfer, with the pseudo” Algeria made in Marrakech ».