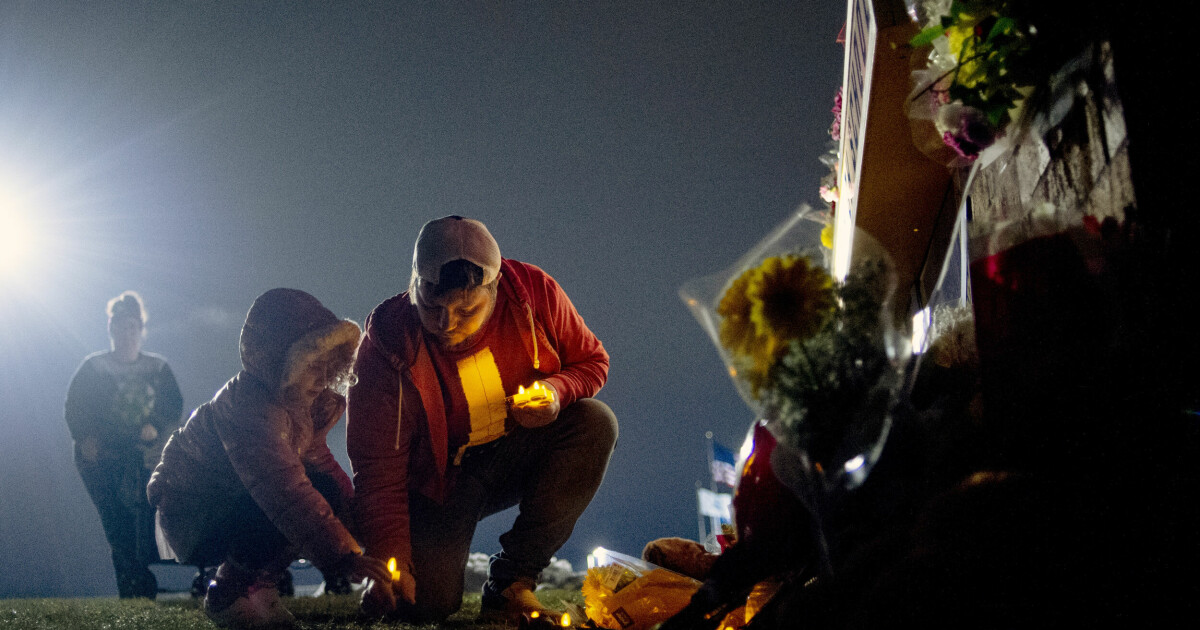 Four students were killed in the shooting that took place Tuesday at a school in the city of Oxford, Michigan. On Wednesday, a fourth student died from the injuries he sustained.

The suspected 15-year-old perpetrator opened fire and fired around him before he was confronted by the police and arrested. He is charged with murder and terrorism.

Now the parents are also charged with negligent homicide.

“The parents were the only individuals in a position to obtain weapons,” State Attorney Karen D. McDonald said, according to Sky News.

The 15-year-old’s father had bought the semi-automatic weapon that his son used in the school shooting in the city of Oxford on Tuesday.

“The charges are intended to hold the individuals who contributed to this tragedy accountable, and also to send a message that gun owners have a responsibility,” said prosecutor Karen McDonald.

In an initial court hearing, it was revealed that the 15-year-old is said to have recorded a video the night before the shooting, in which he talked about killing fellow students.

– There is a bunch of digital evidence. Videos, posts on social media, everything that is possible from such evidence exists, she said.

The shooting should have lasted for about five minutes. Six students and a teacher were injured.

Police said Tuesday that did not suspect the collaboration. They examine the teenager’s phone and social media, as well as secure video from surveillance cameras.