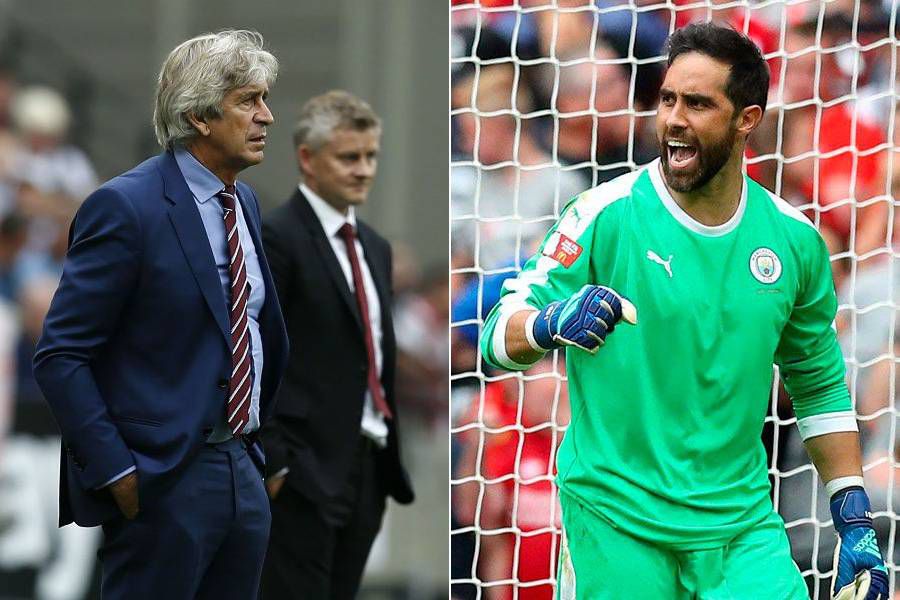 Manuel Pellegrini wait for Claudio Bravo. The trajectory of the captain of the National Team in obtaining the 2015 Copa América and the Copa América Centenario seems sufficient guarantee for the Engineer entrusts him with the Betis goal. The native of Viluco It is the part that the Engineer needs to lay the foundations for his Betis under construction. His imminent arrival is also the latest denial of an ill-founded popular belief: that the coach doesn’t give his compatriots chances in the squads he leads.

Pellegrini and Bravo respect each other. On several occasions respect has been declared, almost bordering on admiration. Negotiations for the goalkeeper to become a reinforcement of the Andalusian team have intensified the coach’s references to Bravo. “I am not going to talk about names, but it is a position that we need to strengthen. I spoke with Antonio Cordón. Joel is a guaranteed goalkeeper, but we need another. Dani will be of great help in the future, but now he needs more time, ”he declared four days ago. Her usual restraint stopped her when it came to referring to the Vilucano.

In December 2016, when the goalkeeper began his time at Manchester City with doubts and criticism, in which they failed to coincide, the former defender of Universidad de Chile did not hesitate to give him a powerful boost. “Claudio Bravo is the best goalkeeper in the world”, declared to calm down the fans of the club to which he had given him a title, but which ended up surrendering to the temptation to replace him with Josep Guardiola. “The English press is hard on him, but it is on the whole world. And if Bravo went from Real Sociedad to Barcelona and from Barcelona to City, it is because he is the best goalkeeper in the world ”, large. In those days, illustrious people like Gianluigi Buffon, David De Gea, Keylor Navas and Manuel Neuer lived moments of fullness, which in some cases, such as that of the German, last until today.

On the part of the goalkeeper there have also been equally conceptual interventions directed at the technical director, although they have never coincided in a practice. In April 2013, in the run-up to a match between Málaga de Pellegrini and the Real Sociedad that he was part of, Bravo filled the strategist with praise. “He is very methodical, very complete and modern also in the fact of what he wants from his teams. It has a registered trademark ”, he defined it.

A few days ago, with the option of arriving at Betis and joining for the first time in his career with the most successful Chilean coach of the modern era, he was less going to hesitate when it came to filling him with recognition. “It is an institution that has a great history in Spain, many fans; they are clubs that attract the attention of any player. Imagine what Betis means now with a great coach like Pellegrini ”, he explained in the interview he gave to Mujeres con Opinion, on Instagram, his last public intervention before leaving on vacation to Spain and starting to analyze the proposals he received to continue his career.

“Pellegrini does not want the Chileans.” The blunt sentence is related to the low preference that the coach has given to national players in his passage through the Old Continent. And more precisely still, with the little prominence that he gave to Matías Fernández. However, the mere mention of the signing of the Calerano at Villarreal, whom he directed, discredits that perception. For Matigol, whom the Yellow Submarine signed at the end of 2006, when the Calerano was considered the best footballer in America, the Engineer endorsed an operation that amounted to US $ 8.8 million.

Málaga, another of the clubs in which Pellegrini made history, also knew of a national presence. In the anchovies, he was in charge of two other Creole players: Manuel Iturra and Pedro Morales. They both knew of his closeness. “The teacher, within his temperance, the way of communicating and training, helped me not only in football, but also in life,” Morales explained to La Tercera a couple of weeks ago. “If I were the president, I would put Pellegrini in the Red”, Iturra had sentenced in 2018 to summarize the importance he attributes to it.

Other players who have gone through Pellegrini’s driving abroad have been Marcelo Salas and Alejandro Escalona. He had both in River Plate.