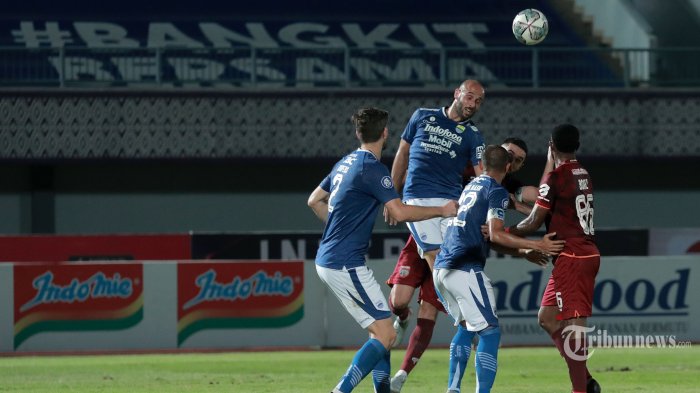 Week four matches BRI Liga 1 2021 has been held, where Bali United currently occupy the top position of the standings.

Serdadu Tridatu recorded 10 points from three wins and one draw.

Most recently, Stefano Cugurra Teco’s team won when overthrowing the dark horse, Persita Tangerang with a score of 1-2.

Bhayangkara FC also has the same points which sit in second place.

The Guardian posted the latest three points in the fourth week by beating Persebaya Surabaya.

Bajul Ijo bowed through a narrow score of 0-1.

PSM Makassar and Persib Bandung share the same points, eight, are in the order of three and four.

The fifth position is occupied by PSIS Semarang.

Laskar Mahesa Jenar has hope to top the standings BRI Liga 1 2021, because in the fourth week of this new match will be held, Saturday (25/9/2021) against Arema FC.