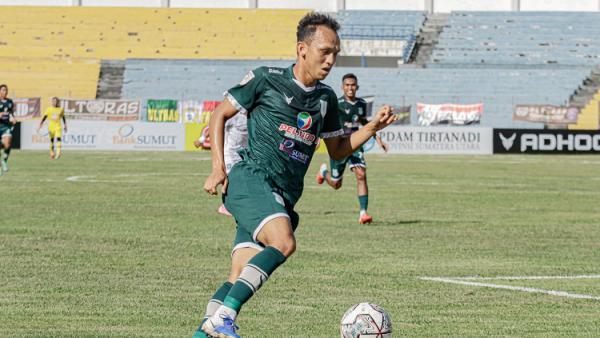 PSMS Medan’s mainstay player, Rachmad Hidayat, managed to bring his team to win a ticket to qualify for the last 8 of Liga 2 2021 and become the league’s temporary top scorer.

INDOSPORT.COM – Mainstay player of PSMS Medan, Rachmad Hidayat, managed to bring his team to get a ticket to qualify for the last 8 of Liga 2 2021 and become the league’s temporary top scorer with 6 goals.

Rachmad Hidayat leads the list after scoring one of PSMS’ two winning goals over PSPS Riau in the 9th week of the preliminary round of Group A League 2 2021 at Kaharuddin Nasution Stadium (Rumbai), Pekanbaru, Monday (22/11/21) afternoon.

With the victory in this crucial match, PSMS also made Askar Sorcerer, nicknamed PSPS, failed to get a ticket to the next round.

“Thank God we were able to win the match against a strong host, who is also a candidate, we should be grateful for,” said Rachmad, in a virtual press conference after the match.

“Regarding my goal earlier, it was thanks to our cooperation and it was agreed that there were no star players, no selfish play,” he added.

The player, who is familiarly called RH, dedicated one goal in the match to the supporters of Kinantan Chicken, especially the people of North Sumatra.

“I confirmed the goal for the residents of North Sumatra, especially Medan, which they also hoped that we could qualify for the top 8 and Alhamdulillah we can prove it to win this match,” he said.