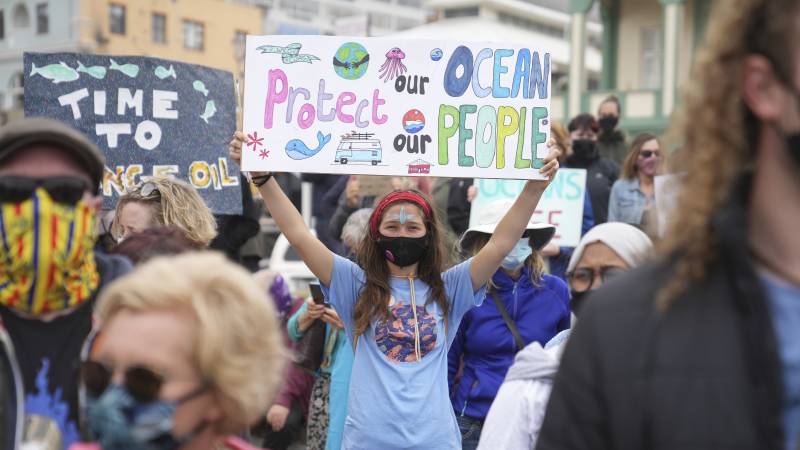 The British environmental rights organization ClientEarth starts legal proceedings against the 13 directors of Shell. The organization announced this this morning.

The Shell board would not implement a climate strategy in line with the Paris Climate Agreement, and according to the complainants there is mismanagement as a result. They are pursuing this case under UK company law. Shell has been a wholly British company for a few months and has moved its headquarters from The Hague to London.

In a response, Shell says that the company’s global strategy aims for net zero emissions by 2050 and thus remains in line with the Paris Climate Agreement. By 2030, the entire company aims to halve emissions and supply less polluting fuels.

“The challenges of today’s energy supply underscore the need for an effective, government-led approach to both secure energy needs and reduce fossil fuels in the energy system. Lawsuits are not helping these challenges,” said Shell.

In the Netherlands, Milieudefensie was ruled in favor of a court last May in a case against Shell, in which it was determined that the group must have reduced its CO2 emissions by 45 percent by 2030 compared to 2019. It was the first time that a company had done so. an obligation imposed by the judge.

ClientEarth has shares in Shell, and says it is acting in Shell’s own interest. It would be important for Shell’s long-term value to change course, says the environmental law organization. “It is good that the shareholders of Shell themselves are raising the issue of mismanagement by the board,” Milieudefensie said in a response to this case.

The fact that Shell is now a wholly British company and headquartered in London does not affect the obligations arising from the Milieudefensie judgment. The move has no consequences for the appeal either.