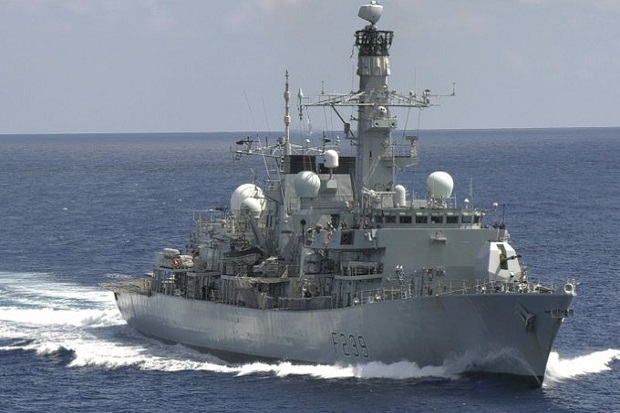 In posting On its Twitter, the Beijing state media added that the Chinese Air Force and Navy had been ordered to “follow and warn” HMS Richmond as it continued its journey to Vietnam.

“The Theater Command has always maintained a high level of vigilance and firmly fought against all threats and provocations,” the media quoted Beijing authorities as saying.

China’s angry response came after a posting on the official Twitter account of the British battleship HMS Richmond. The Type 23 frigate of the British Royal Navy, which is part of Britain’s Carrier Strike Group 21 (CSG-21) led by the carrier HMS Queen Elizabeth, announced that it was passing through the Taiwan Strait on its way to Vietnam.

“HMS Richmond navigates the Taiwan Strait in accordance with international law to its next destination. Wherever the Royal Navy operates, they do so in full compliance with international laws and norms, and exercise their rights to freedom of navigation and overflight provided by the UN Convention on the Law of the Sea (UNCLOS). HMS Richmond is no exception,” said the UK Ministry of Defence.

Also read: This is the US F-35 Randomized Demon Fighter Jet in Battle

See also  China unveils plans for Martian base, "celestial ladder" and fleet of spaceships in ambitious plan to DOMINATE space by 2043

The British warship’s voyage comes amid rising tensions between China and Taiwan.