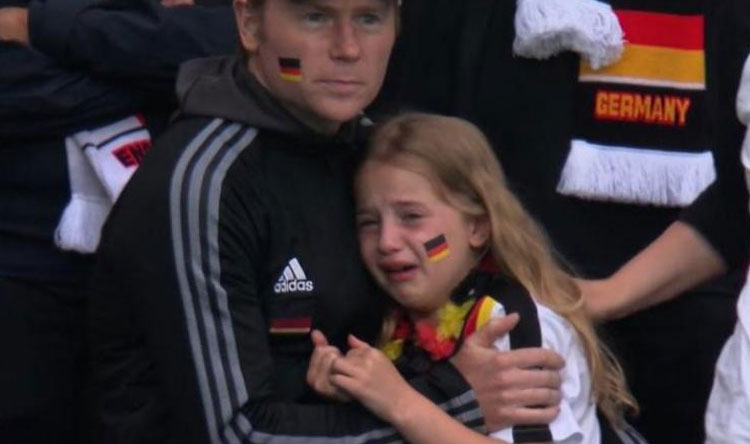 A British citizen raised nearly 34,000 pounds ($47,000) by Sunday to donate it to a girl who was wearing the Germany shirt during a European Championship match, and sparked controversy on social media.

The girl was mistreated on social media, after she appeared in tears during Germany’s (0-2) defeat against England at the famous “Wembley” stadium in the British capital, London, in the round of 16 of the European Football Championship (Euro 2020).

Welshman Joel Hughes launched a collective fundraising campaign, after what he called “extremely appalling” abuse as soon as the girl appeared crying on television and on screens at Wembley Stadium in the match that took place last “Tuesday”.

“I’d like to think the little girl’s parents would spend this on a nice treat for her so she knows that not everyone in the UK is terrible and that we care,” Hughes said.

Hughes pointed out that there has been no contact with the girl’s family so far, explaining that if this does not happen, the money will go to a specific charity.

See also  Gharib: We are pressing through Islamic methods to obtain Salah