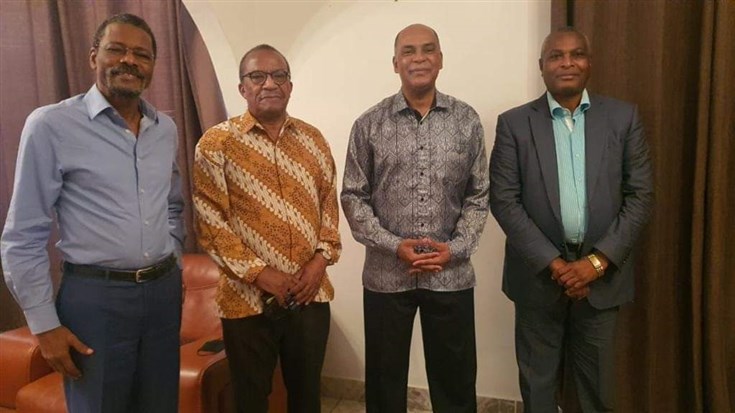 The information had already been advanced by Novo Jornal in May, but has now been confirmed by the UNITA president, who says that negotiations between the three political forces have been going well, given that they have a common objective: to remove the MPLA from power in the 2022 elections.

In an interview with Portuguese television RTP, Adalberto Costa Júnior realizes that he is in the final stretch of negotiations with the parties that make up this Broad Front for Alternation in Angola.

According to the UNITA president, the moment the country is experiencing, which is “of great concern”, namely with regard to what he calls “political intolerance” and “mismanagement” by the executive led by João Lourenço, justifies a government of National Salvation.

For Adalberto Costa Júnior, and in response to the journalist from RTP África, everyone who is looking for “a little hope” will join this “patriotic front”

“You can’t go anywhere alone,” defended Adalberto Costa Júnior, speaking of the need to unite the opposition parties in order to face the crisis that has taken place in the country.

In fact, the Broad Front for Alternation in Angola today released a brief statement in which it states that the president of UNITA, the coordinator of the PRA-JA political project, the president and former president of the Democratic Bloc, Filomeno Viera Lopes and Justino Pinto de Andrade, respectively, met on the afternoon of Tuesday, 27 July 2021, in Luanda, having concerted actions to be developed within the scope of this front that brings together three political opposition forces.

See also  ELECTIONS - For the first time in 50 years, ordinary presidential elections will not take place in May

Adalberto, who was at the interview with RTP África not only as leader of UNITA, but also as a spokesman for that front that “want to change the course of the country”, and which considers “going to meet the majority of Angolans”, said he still the names that will pontificate in this Broad Front for Alternation in Angola are not defined.

However, and also as Novo Jornal advanced in May, Adalberto will have already been chosen as leader, while Chivuluvuku has been appointed as number two.

It is recalled that Abel Chivukuvuku, former UNITA leader and former leader of CASA-CE, had already admitted supporting a candidate other than himself to defeat João Lourenço and the MPLA in the 2022 presidential elections if he failed to legalize his PRA-JA Servir Angola. Adalberto Costa Júnior has also been affirming his party’s commitment to leading a broad democratic front to materialize the alternation of political power in Angola, and the Democratic Bloc, led by Filomeno Viera Lopes, whose number two is another supporter of this political alliance, Justino Pinto de Andrade, in May, assumed the distance from what has been the alignment of CASA-CE, when they all participated in a “secret” meeting that, according to a source from Novo Jornal present at the meeting, has been working on the composition of the future list of candidates for deputies, taking into account this Broad Front for Alternation in Angola