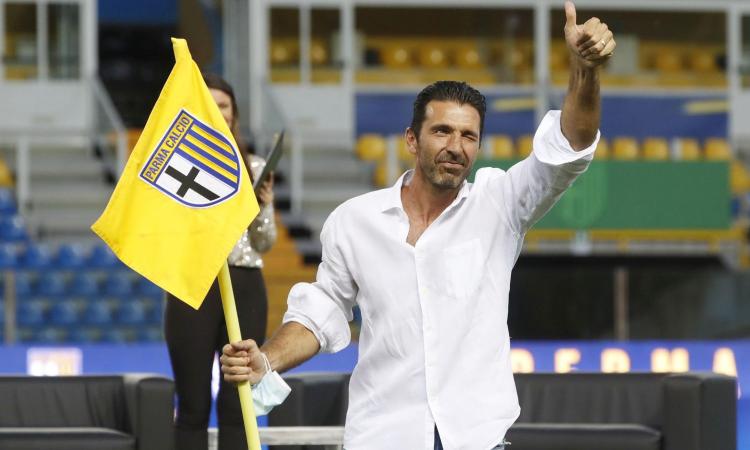 All-around. Within the program “Tiki Taka – The Republic of football “, the sports talk show hosted by Piero Chiambretti broadcast in the late evening on Italia 1, the Parma goalkeeper Gianluigi Buffon spoke. Many topics covered, starting with the 26 titles won in my career: “I don’t remember all the trophies I won but I played in great teams together with great teammates who helped me to win a lot”.

VENTURE AND SHOOTING – “That was the antechamber of an expedition that was not going to be successful. We made mistakes and we had too big shortcomings that didn’t allow us to go to the World Cup. The faults are everyone’s, I’ve always said that. When you fail, everyone does it, the staff, the coach and all the players ”.

ANALOGIES AND DIFFERENCES – “There are similarities, the difference is that this national team has greater certainties also by virtue of the unexpected success for the Europeans. And when you have certainties it is easier to overcome moments of difficulty “.

QATAR DREAM – “This is the excuse to keep playing. It is the motivation that everyone agrees “.

PARMA IN B – “In my career I have always made choices by instinct and I have never made calculations. I’ve always made choices that have made me happy. In 2006, as the best goalkeeper in the world, I went to Serie B with Juve and nobody in my condition would have done it. Only a madman could do it but I did it because I believe in certain things and I’m glad to be able to accompany them. Then I did the whole process at Juventus, from the ascent to the many victories. Then I went to Paris where I lived one of the best years of my life. Then I returned to Juventus, willingly accepting the second. I was an exemplary person as always, then after two years I still felt strong, I wanted to play and I chose Parma. I didn’t care if he was in Serie B. “

See also  He breaks a world record before being disqualified: Ewoud Vromant's nightmare at the Paralympic Games

PSG – “I decided to go to PSG in May 2018. In February of that year I decided to quit because I was thinking of doing the World Cup and I wanted to close the circle with that. I told my agent that I wanted to quit unless he called me one of Real Madrid, Barcelona and PSG. And after twenty days the call came. At which point it seemed a shame to give up a similar experience, in a similar club and with a very important economic offer like that. I had no guarantees, I was not guaranteed a place also because competition is sport “.

DONNARUMMA IN PARIS – “I think Gigio made a more than justified choice. This season he is having some difficulties but I think he will be a starter in the immediate future “.

RETURN TO JUVE FOR SARRI – “It’s not true. That year with PSG we win the first leg of the Champions League round of 16 in Manchester 0-2 and Juve lose 2-0 in Madrid with Atletico. I was happy for myself but I did not feel comfortable for the defeat of Juve. And this thing weighed on future choices. And then life rightly punishes you because Manchester and Juventus pass on the way back. I came back, I was not crazy about the idea of ​​being second but the idea of ​​being able to win the Champions League with this management and with these teammates was the thing that weighed the most. Winning it for the Juve people would have given me enormous satisfaction “.

CHANCE JUVE IN CHAMPIONS – “When Juventus seems to be in trouble, they always surprise and hit the kidneys that make them win the most unthinkable trophies. I see Juve always protagonist in every competition, then winning the Champions League in recent years, against certain teams, is always complicated “.

JUVE GAME – “Juve do not play badly, when Juve win they do so as a solid, compact team that does not allow space and therefore makes the game ugly. Our Juve, who reached the final twice, was solid, then they didn’t win because they played against Barcelona and Real Madrid that were four times better than us. But without those characteristics we would never have reached the final ”.

PIRLO SACRIFICIAL CALF – “I would not say, the sacrificial calf gives the idea of ​​a loser but a coach who wins the Italian Cup, Super Cup and who reaches the Champions League has not failed”.

GOODBYE RONALDO – “If Ronaldo was no longer convinced he was staying, he was right to leave. And Allegri did well to come back because you can see that he is convinced he is doing well and is convinced he can make an impact “

ATALANTA – “Gasperini knows it, it happened that when I had decided to go to Bergamo I spoke with the managers of Juve and with Pirlo who convinced me to stay. They know me perfectly and have touched certain keys that have not persuaded me not to go. In any case I love Gasperini, his calls and his desire to want me in Bergamo because according to him I was still strong to be the owner, gratified me very much “.

SARRI AND THE ‘UNMANAGING’ JUVE – “The coach had a lot of difficulties with us because he had some small friction with someone right from the start. The spark has not struck. After a month, he realized that the kind of work he was used to doing would have to revise him and he would have to try to mediate. And for someone like him to mediate is something demeaning. He didn’t have that enthusiasm that usually someone like him has “.

POKER TAKEN FROM LECCE – “I felt sorry because we were losing an important challenge. But I like the common good, I feel the affection and happiness and enthusiasm of the people of Parma. They ask me to bring them back to Serie A, they are gratifying things, that’s what I wanted, I play for passion even if it can happen that you concede four goals in one half ”.