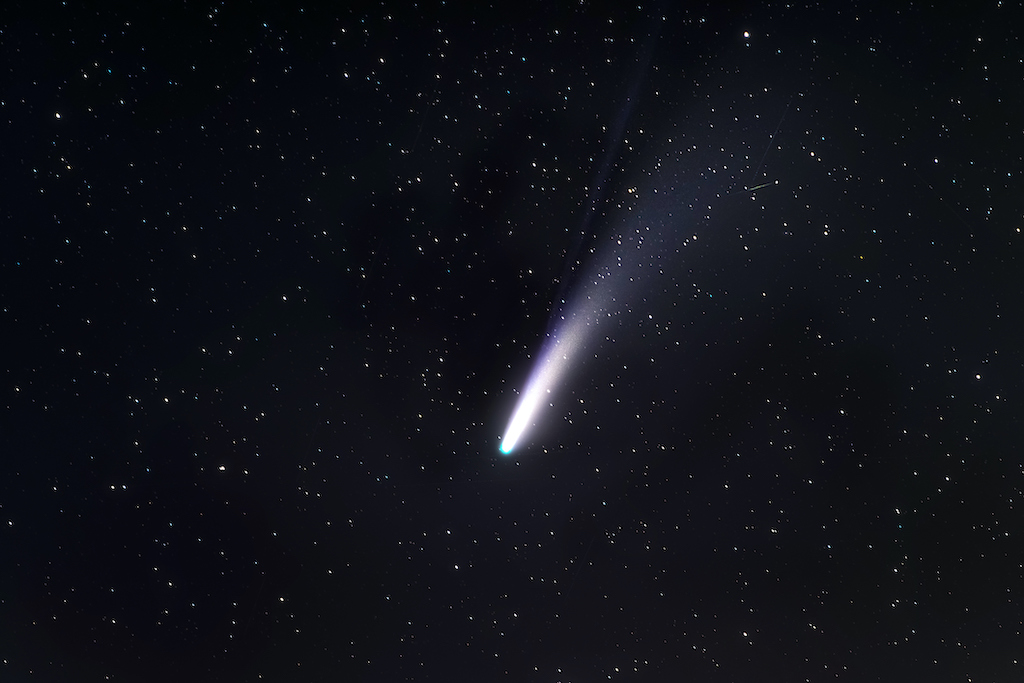 Comets are distant visitors to the Solar System whose orbit extends beyond Neptune and takes tens, hundreds, or even thousands of years to complete a period around the Sun.

Hence, observing a comet during its passage through the inner planets of our cosmic neighborhood is a single event that hardly matches a human life.

However, after the sighting of Comet NEOWISE in 2020, humanity will once again have a unique opportunity to observe one by the end of 2021: it is about C/2021 A1 Leonard, a comet discovered at the beginning of the year that can be seen with the naked eye.

Also read: They discover a mysterious object in the Solar System that behaves like an asteroid and a comet at the same time

The brightest comet of 2021

C / 2021 A1 Leonard was first seen on January 3, 2021 from the Mount Lemmon Observatory, in Arizona, United States and takes the name of the astronomer who discovered it, Greg Leonard.

During the first observations of this astronomical object formed by dust, ice and rocks, it was determined that it is a Kite long term, that is, it comes from the Oort cloud and its orbital period extends approximately 80,000 years.

In January 2021, Leonard was between the orbit of Jupiter and Mars and was heading towards the inner planets of the Solar System at a average speed of 70.6 kilometers per second. Eleven months later, the comet continues its course towards the center of the Solar System and in the next few days will reach the orbit of Mars, and then approach Earth.

Leonard’s closest approach to our planet will occur next December 12, 2021 at 07:54 (Central Mexico time), when the comet is 34.9 million kilometers from Earth.

In the previous days, if the weather conditions allow it, it will be possible observe Leonard’s tail with the naked eye before sunrise and get a broader perspective with binoculars.

Three weeks later, C / 2021 A1 Leonard will reach the perihelion (the point of its orbit closest to the Sun) on January 3, 2022, to continue its journey towards the ends of the Solar System, a visit that will not be repeated for about 80 thousand years.

A comet explosion created the glass fields of the Atacama Desert 10,500 years ago, study reveals

This is Bernardinelli-Bernstein, the 160 km mega comet heading for the sun