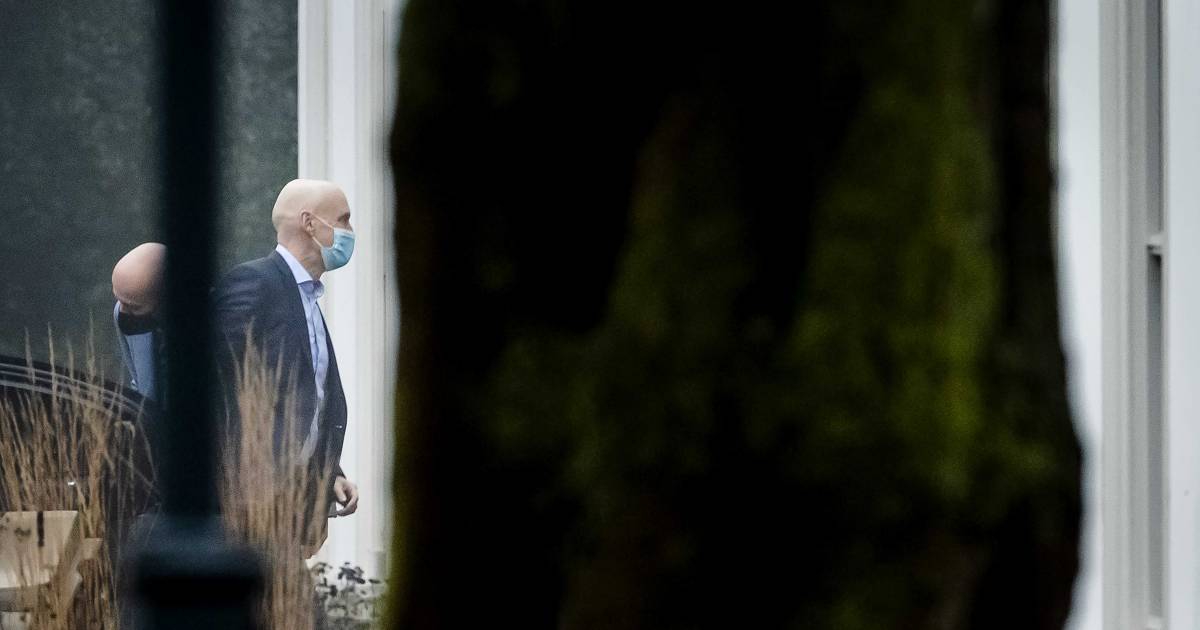 Update / Video’sThe cabinet will remove the country from the lockdown a little more on Saturday. Higher education and MBO will open again, sports are allowed inside and outside again, you can shop by appointment, and go to the hairdresser too. The Hague sources confirm the partial reopening which is ‘in line with the OMT advice’. Catering and cultural institutions will have to wait for the time being.

The pressure to let go of the hard lockdown became immense after rare fierce criticism from entrepreneurs and local authorities in recent days. From all corners, from all sectors, there were calls for reopening, for perspective.

The cabinet is taking the easing step, the Outbreak Management Team (OMT) thinks it is responsible, an insider reported after the first Catshuis deliberation of the new cabinet about corona. “It is in line with the advice.” The cabinet will keep its ‘finger on the pulse’ and will also relax for catering and culture as soon as possible, says this source: “Despite the high omikron numbers, the latest data show that this variant causes less influx to hospitals, the length of stay is shorter. So there is some space.”

The text continues below the photo.

This means that from Saturday you can shop by appointment again, sports are allowed again (also in gyms), and companies around contact professions – such as the hairdresser – will open. From Monday, colleges, universities and MBOs will also be able to teach physically again. Details will follow at the corona press conference tomorrow.

To go back to the regime before this hard lockdown – when everything was pretty much open from 5 a.m. to 5 p.m. – it is still too early, insiders report. Because the infection peak of the omikron wave is still expected to come, but the call for a looser corona regime sounds loud. Numerous entrepreneurs announced that they would open anyway. And yesterday, in a rare salvo, there was one critical note after another cry for help – from shopkeepers to hairdressers, from psychiatrists to trade associations, and especially: from provincial governments to mayors.

The latest data show that this variant results in less influx to hospitals, as the length of stay is shorter. So there is some space

The fact that the hairdressers can now open again can count on happy faces. “We have fought hard for this in recent weeks,” says a spokesperson for hairdressing trade association Anko. “We have always said that we can work safely, with mouth caps and by appointment, for example.”

Retailers’ association INretail is hopeful. “It seems that things are becoming possible that were not possible,” said a spokesperson. “In any case, it is hopeful that it seems to have landed in The Hague that people want to return to a more normal life.”

INretail believes that shops can open safely. The trade association understands that a maximum number of customers per square meter is being considered. It is committed to one customer per five square metres. ,,Everyone can handle that,” said the spokesman. ,,We need to move to a system that allows us to move along and open or close more depending on the situation. We don’t want to bump from crisis to crisis anymore.” The retail sector started a national campaign yesterday to get the stores open again.

Larger retail chains such as Ikea, MediaMarkt, Blokker and Action are ready to open their doors, spokespersons say. “Should the stores be allowed to open again on Saturday and we decide to do so immediately, we will have sufficient occupation,” said an Ikea spokesperson. MediaMarkt also says it can open on Saturday. There is sufficient staff available and absenteeism due to illness is not a problem. “We also worked with an appointment calendar in April 2021. We are skeptical about it, because our stores are so large that safe shopping is possible,” said a spokesperson.

The National Student Union (LSVb) also calls it ‘very positive’ that the cabinet is aiming for the reopening of higher education and MBO. “If it is true, all students are very happy with this news”, reacts chairman Ama Boahene. “Then students can end a short, but bad period, in which they spent a lot of time at home in their rooms and had little contact with teachers and fellow students.”

(Article continues after the video)

OMT member Andreas Voss told Op1 yesterday that the OMT has considered the relaxation scenarios and consequences for hospitals and the number of infections. ‘Simplification must be done in steps’.

The catering sector is less pleased with the relaxation. The space available to relax corona restrictions must be distributed more fairly, says chairman Robèr Willemsen of trade association Koninklijke Horeca Nederland (KHN). Many catering entrepreneurs will rebel and open their business on Saturday, Willemsen predicts.

Stores can receive customers by appointment. This also exists with us and it is called reservation, which can be entered safely one-on-one,” says the KHN chairman. The fact that the cabinet is not yet closing the catering industry ’causes a lot of social unrest’. “I fear that there will be many frogs that we cannot keep in the tub,” says Willemsen about catering entrepreneurs who open their business out of desperation. The trade association itself will never call for civil disobedience, he adds.

The OMT spoke last night about the latest RIVM forecasts and various relaxation scenarios. Belgian virologist Marc Van Ranst says that omikron is ‘close to flu’, studies from abroad also show significantly fewer hospital admissions due to the variant, compared to the delta version of the virus. The fact that many surrounding countries will get through the omikron wave for the time being without such a hard lockdown, added to the easing pressure even more.

However, the cabinet was hesitant, partly because after easing, the number of infections will increase rapidly and the country could be disrupted if hundreds of thousands of people are infected or quarantined at home. The OMT has also been asked whether the quarantine rules can be relaxed, so that they ‘fit well with the new variant’.

Unfortunately, we cannot show this social post, live blog or otherwise because it contains one or more social media elements. Accept the social media cookies to still show this content.