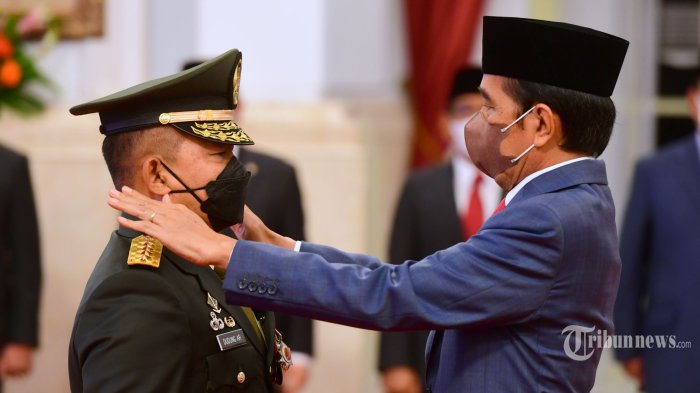 Even though the election KSAD is the full right of the president, there are still some parties who think it is skewed and accuse the former Jaya Commander of the election because his figure is a “golden child” Jokowi and Megawati Soekarnoputri.

Moreover, the accusation was later linked to the making of a statue of Soekarno at the Military Academy, when Dudung was governor Akmil with the rank of Major General TNI.

Furthermore, there were also those who later linked Dudung’s election as KSAD because he dared to openly oppose the FPI.

Also read: When KSAD General TNI Dudung Abdurachman made a pilgrimage to his father’s grave in Cirebon

As is known, the organization is often at odds with the government so far.

Are these assumptions true? What did General Dudung say about these things?

According to General Dudung Abdurachman, he was chosen as KSAD seen from the dedication and professionalism so far.

This was conveyed by Dudung, dismissing accusations that he was the golden child of President Joko Widodo (Jokowi) and Megawati Soekarnoputri so that he was chosen to be KSAD replacing Andika Perkasa who was appointed Commander TNI recently.

“Actually, sir Jokowi more about how to look at work, see from dedication, more to professionals,” said Dudung, quoted from the Kompas TV video on YouTube, Sunday (11/21/2021).