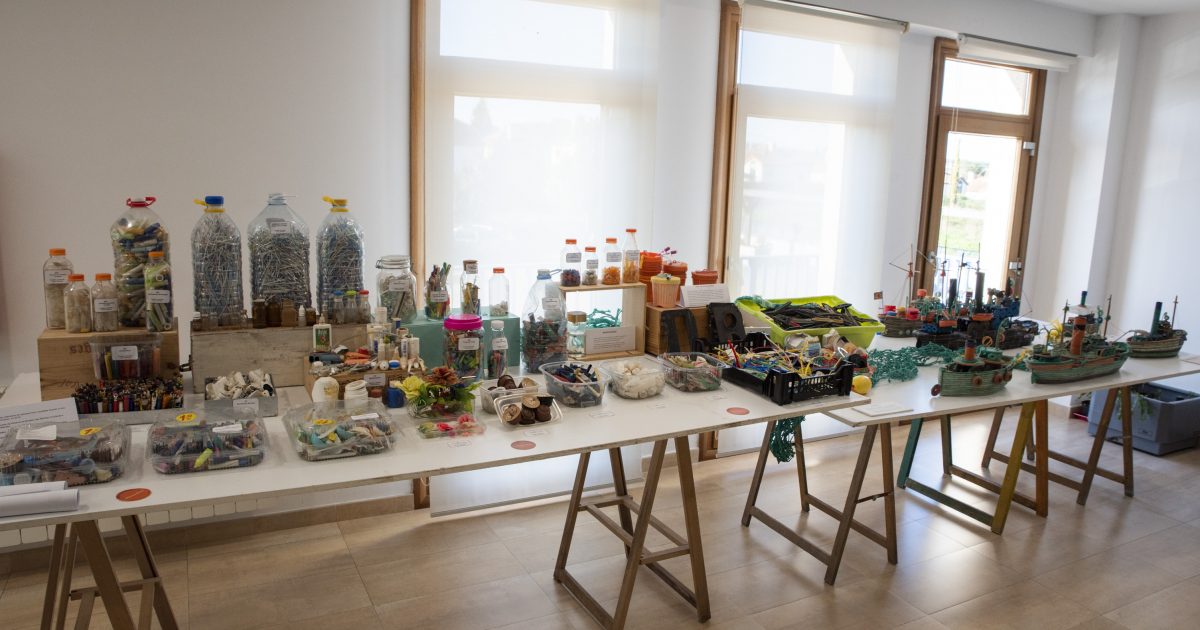 The Local Action Group of the Fisheries Sector (GALP) Gulf of Ártabro Sur reuse marine litter to create art and raise awareness about waste management at the exhibition The alchemy of garbage: a journey from ugliness to beauty that can be visited in two municipalities in A Coruña. The exhibition has the collaboration of the Mar de Fábula association and the support of the RetoqueRetro group and was presented last Friday in the A Senra cultural building, in Bergondo (A Coruña).

The alchemy of garbage It can be visited until January 7 and it has two showrooms: A Senra and another in the Vila Concepción House of Culture, in Cambre. The two spaces host works of art created with garbage collected on the surrounding beaches with the aim of raising awareness and sensitization about waste management.

What can be seen in each municipality?

People visiting the point of Bergondo They will be able to observe artistic creations such as ship models made with fishing ropes that were rescued from the seabed. The space will also feature a section called trash supermarket where visitors can observe all the residues collected during the one-year sampling in six beaches of the Mariñas Coruñesa and Terras do Mandeo Biosphere Reserve. It’s about the sands of Santa Cristina, Bastiagueiro, Mera, Ponte do Porco, Gandarío and Miño, where swabs, helmets, toys, plastic cutlery and tampons were found, among other objects.

Cambre it will host an authentic art gallery created with garbage found on the surrounding beaches. “A way of raising awareness through art about all the waste we generate and that, if not treated properly, can end up in the sea,” said the secretary of the Gulf Ártabro Sur FLAG, José Garrote Martín. The hall of this Coruña municipality also contains a sample of 37,000 rods that were collected from the sea over the years.