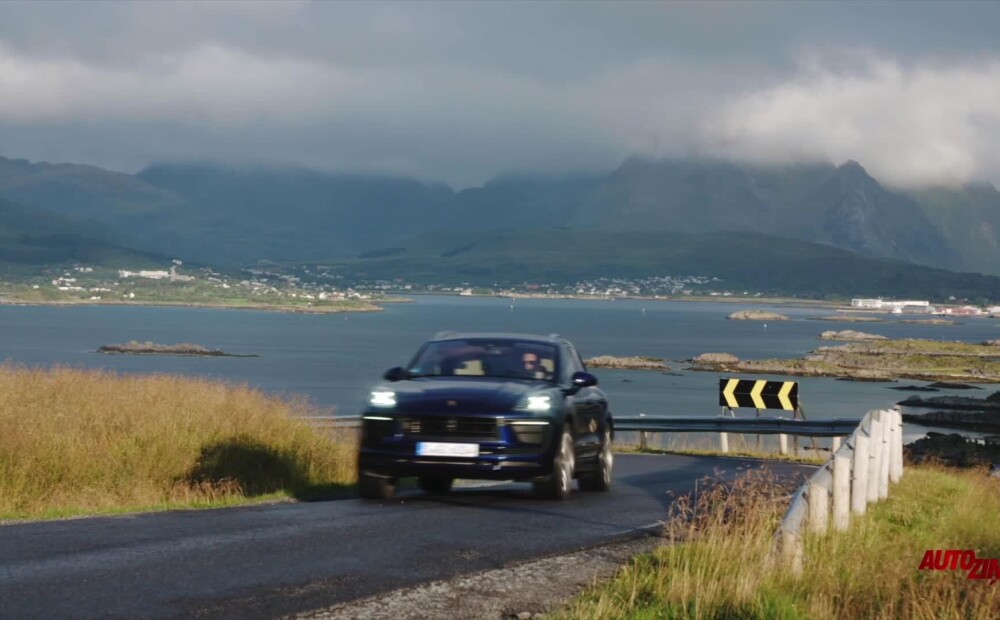 Let’s start with the fact that the improved Macan has neither diesel nor hybrid. Pure petrol only. We no longer have Turbo, but the remaining model variants have moved upwards. The top version now is this – Porsche Macan with 440 hp. It is exactly the same as before was the Macan Turbo. The second six-cylinder version of the Macan S is also now equipped with a 2.9-liter turbocharged engine, only one turbine. That’s enough to get 380 horsepower, the same as the GTS before.

“From the outside, Macan may look the same as a year ago, but everything in the cabin is different. I’m already happy that the steering wheel is like the Porsche 911. The center console is touch sensitive like the big Porsche. This watch at the top of the panel is standard, ”says Normunds Avotiņš.

“Normally it’s a fast German car. There is already a tone and a little more character in the sport. Sport Plus immediately lowers the ground clearance as we have air suspension and the voice becomes harsh. Which is good – the GTS sports breaker is standard, others can order it. Although it’s not cheap, you need it, because sound is half the thing, and you have to enjoy it for as long as you can. ”

Pneumatic suspension is now available for all Macans, including the two-liter. But GTS is standard and I know why.

“The main advantage of the Macan GTS models is that they do everything with amazing ease.”

See also  Expectations of an impending crisis for the pound ... and Egypt today determines the fate of the interest

The lightest of all, though, is the Macan with a four-cylinder turbocharged engine that now develops 265 horsepower instead of 245, and has also gotten a little faster. It does not have the drama typical of six-cylinder models, but it is relatively more affordable.

“The car is as skillful as it used to be, more powerful in all power versions. Probably the extreme versions are recommended. If it’s a Macan conventional, a 2-liter engine is enough. It’s more powerful and spins nicer. The Macan S also has 6 cylinders, but it stays more in the middle.

The maximum in this case is a relative concept. You can already choose a special color, three of which are brand new, including this python green. Since ladies drive Macan more often than other Porsche, color is important.

The Porsche Macan has been developed on a very simple basis – less is more. Less engines but more power. Shorter crank, but more modern controls. And so on.

We know that Macan is as good as before, we didn’t expect anything else. In fact, it’s better, because you can now safely take the two-liter version, and don’t worry that we can’t afford the V6. No one from the outside will notice.

New restrictions for unvaccinated people come into force in Lithuania

“TikTok” star hospitalized with Covid-19 says his last words before death, which is important for everyone to hear