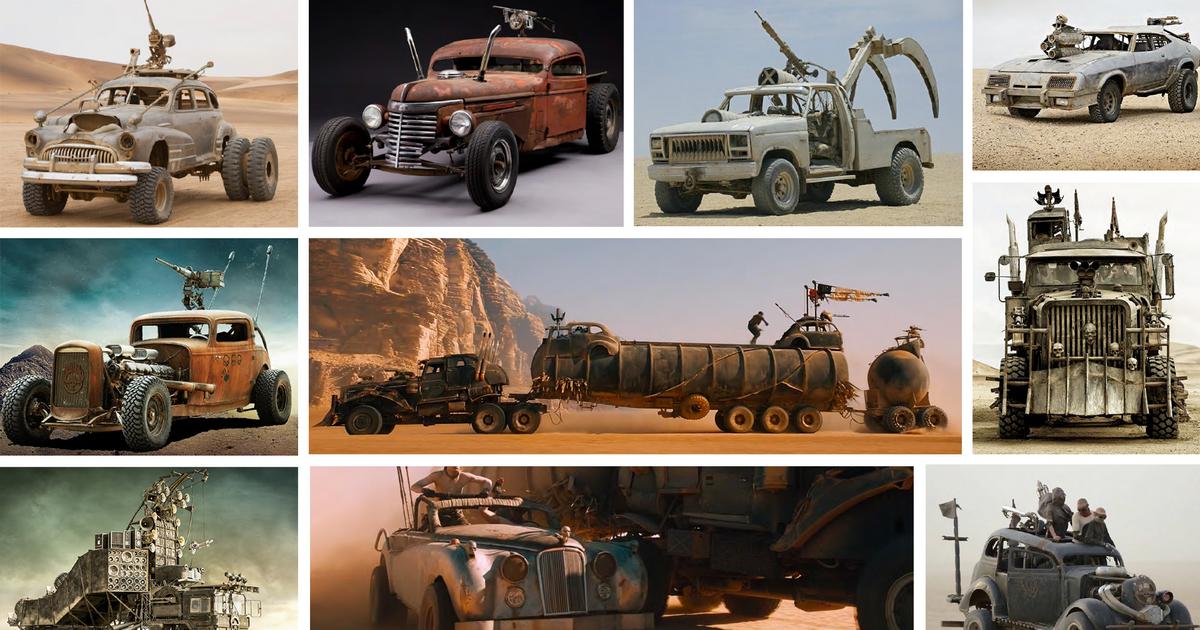 David Gibson, the vehicle designer for Mad Max: Fury Road, admitted that he was ordered by the director: “Make it fun or I’ll kill you.” So he started driving his crew through the scrap yards and buying a whole bunch of cars that fit his vision. Cars have been transformed into huge monsters, moving at high speeds in the Australian desert.

The cars in the movie play one of the main roles, and they are real vehicles made for the movie. Most of the scenes were shot live with stunts and the cars were really destroyed. Although many of them did not survive the recordings, thirteen of them survived to the end. Now they are waiting for a new owner.

So if you’ve ever dreamed of driving such crazy cars, this is your chance. Lloyds Classic Car Auctions has put up film post-apocalyptic cars for sale. The auction will be held on September 25 and 26.

However, there is a catch, these cars are only sold as a set. This is why the merchant’s garage will have to be huge. Still, it is undoubtedly a treat for collectors and movie fans.

The cars are sold in Australia, however, as the auction house assures, transportation can be arranged anywhere in the world. Interestingly, Lloyds Classic Car Auctions allows you to pay in any currency, even in cryptocurrencies. Merchants are guaranteed anonymity. So if you have several bitcoins, you can start without any problems.

The auction page is available at this link. It’s worth taking a look, if only to read interesting descriptions of movie cars.