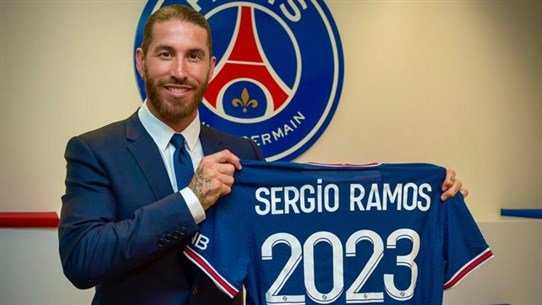 French club Paris Saint-Germain announced that Spanish defense center Sergio Ramos, who joined the team this summer from Real Madrid, and who has been recovering for nearly two months from problems in his left calf, has been suffering from pain in the same area since last week.

“Last week, Ramos felt some pain in his calf, and he needed to change his plans in order to adapt to it, and next week he will resume his individual preparations on the grass,” the club said in a statement.

And the team’s coach, Argentine Mauricio Pochettino, said, regarding Ramos’ condition: “I don’t worry about his condition, he continues to do what he should do.”

Pochettino had hoped to catch up with Ramos against PSG against Club Brugge in the Champions League in the middle of this month, but the new pain may again postpone the first appearance of the former Real Madrid captain in the French capital club.

Ramos, 35, ended last season with Real with some physical problems that prevented him from appearing in his best form, and also led to his absence from his country’s squad at the last European Championship.