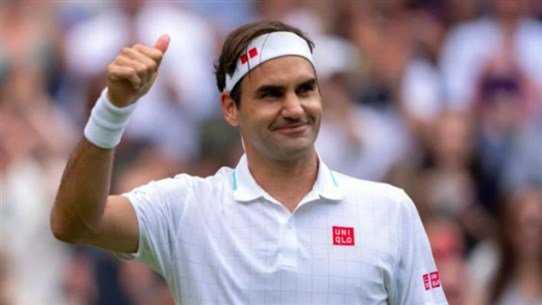 Swiss star Roger Federer announced that he is very satisfied with his recovery from knee surgery he underwent last month, but stressed that he will not be in a hurry to return to the stadiums and tournaments.

Federer, 40, who shares the world record for most major titles (20 titles) with Spaniard Rafael Nadal and Novak Djokovic, underwent two knee surgeries in 2020, which caused him to miss the tournaments for more than a year.

Federer returned to the tournaments again last March, but he injured his knee again during the grass championship season and said that he “needs new surgery in order to return to play.”

In an interview with former American player Jim Courier, Federer said on the sidelines of the Laver Cup in Boston, USA, “It was difficult to make a decision because I had already undergone two knee surgeries during the past year.”

Federer added: “I was not happy with the development of the situation at Wimbledon because I was far from the level I wanted to play at the highest level possible. But I did my best and in the end I decided not to rush because it is not useful in some stages.”

Federer reached the quarter-finals at Wimbledon, but lost in three straight sets to Poland’s Hubert Hurkacz and failed to win any game in the third set.

Although his recovery was not complete, Federer decided to travel to Boston to attend the fourth edition of the Laver Cup, one of its founders.

Two teams will compete in the tournament, one representing Europe and the other representing the rest of the world.

During the three-day tournament, which concludes later on Sunday, Federer was seen walking around using crutches and receiving a standing ovation from the crowd.

“First I have to walk normally, run normally, and then do side steps and practice fast movement and then finally get back on the court. But that will take a few more months and then we’ll see what it will be like at some point next year,” he said of his condition. I have to slow down. I don’t want to rush anything at this point.”

“It’s also for my life. Because I want to make sure I do whatever I want to do later. There’s no need to rush anything so I’m really happy with what I’ve come to and I think I’m over the worst. I’m really happy.”