Cepillín joined the controversy of Las Lavanderas and defended the romance of Karla Panini: “It is love that wins”

The clown Ricardo González “Cepillín” joined the controversy of “Las Lavanderas” and defended the love between Karla Panini and Américo Garza, who was a partner of the deceased Karla Luna.

During an interview with the program Selling, Cepillín spoke of the recent scandal involving the women with whom he had the opportunity to live.

First He asked Karla Panini to allow Karla Luna’s daughters to live with her mother’s family.

“I think it’s fair and it’s Karla’s mistake if she keeps doing it, You must allow your other family to save them. “ When talking about the romance between Panini and Américo Garza, which began when he was still a partner with Karla Luna, the famous clown he said, unable to judge someone and highlighted the love that exists between the two to the point that they continued together and married.

“Neither money nor love can be hidden”, He assured and explained that love arose in the midst of the frequent coexistence that the three had.

He also said that if Garza were from another religion he could have married up to seven women. Karla Panini now lives with Garza and the daughters he had with Luna (IG: malinfluencersmx)

“Could I judge that people love each other? No”, said Cepillín, who also said:

“The fact that the Panini fell in love with Karla Luna’s husband … it is love that wins there in this case.”

He commented that it was a problem of three and nothing can be done with the fact that Karla Luna has not forgiven. However, he recognized that she was a “wonderful woman” and it saddens him that the entire conflict came to light, although he trusted that people know how to forgive.

The position of Karla Panini’s ex

For the same program Aztec TV spoke this week Óscar Burgos, Karla Panini’s ex-husband with whom she had her son Gabriel. 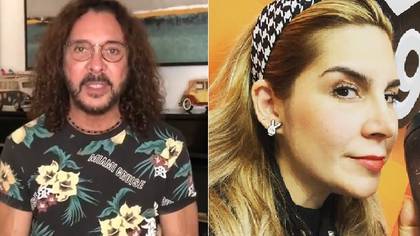 Oscar Burgos commented that he cannot have a bad relationship with Karla Panini, the mother of his son (IG: oscarburgostv / malinfluencersmx)

The producer regretted being so involved in the controversy, but explained that he only wants hatred to end.

Despite his efforts to change the situation, Burgos said he no longer wants to discuss the matter.

“The only thing I want to stop is hatred and what I want is to reassure the children. What people want is to hate and say ugly things. I already give up, I’ll stay quiet now“Ended.

In an interview years ago, remembered on the program’s Twitter Gossip No Like, A moved Karla Luna could be seen remembering the betrayal of her friend and her ex-partner. 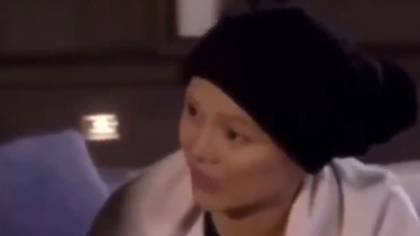 “It is a very strong thing, it is a very strong betrayal, I do not know if I can overcome this and not because I still loved him because our relationship a year ago was spoken and ended but the betrayal of friendship hurts me more ”, he confessed before remembering the moment when Panini confessed the deception to him.

“I already give up”: Óscar Burgos, Karla Panini’s ex, spoke again amid the “Las Lavanderas” scandal

This is how Karla Panini confessed her betrayal to Karla Luna: “I came to imagine that if you were not alive I could stay with him”

“I have been the victim of slander and lies”: Karla Panini defended herself and showed that she could take legal action

Share
Facebook
Twitter
Pinterest
WhatsApp
Previous articleMartín Guzmán, on the negotiation with the bondholders: Today the dialogue is going where we want it to go
Next articleFilGoal | News | Mourinho: My position has not been clarified … I very much want the league to return soon

Such a habit does not exist only in Latvia today, where the number 3647.59 euros is shown in the...
Read more

Detect coronavirus quickly with saliva – News from the web

The SalivaDirect test detects the presence of SARS-CoV-2 RNA (the genetic material of the virus) in saliva.During comparisons...
Read more

Sabulis and Karro are outside the TOP20 in the qualification

The Global Report on Enterprise Wireless LAN Equipment Market presents global as well as local perspectives in its...
Read more

“It will give us more time to make it more exciting and fun”: Jennifer Aniston sees the bright side of “Friends” being postponed again

The Sandinista leader has announced the construction of an interoceanic canal, the putting into orbit of a satellite, a...
Read more

“It will give us more time to make it more exciting and fun”: Jennifer Aniston sees the bright side of “Friends” being postponed again

The Sandinista leader has announced the construction of an...
Read more
Entertainment

Every week, Fort Boyard brought together more than...
Read more

Nine benchmarks of the wellness industry

Hospitality business starts in the corona crisis: “There are plenty of opportunities” Inland

Scientists have reported that coronavirus can be transmitted through the mucous membrane of the...
Read more
Archynewsyarchynewsy.com