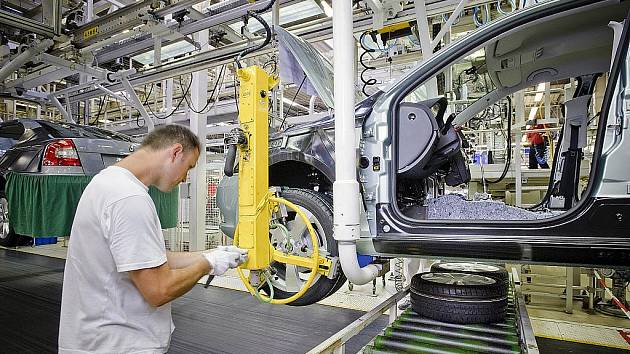 The trade unions also criticized the events surrounding Škoda Auto in detail in their weekly, the Škoda Trade Union. According to Povšík, they have certain indications that lead them to think that the carmaker intends to move the production of some important models to Slovakia, to Bratislava. This should apply, for example, to the Superb model. “Superb is the flagship and the best product of the Czech Republic. It is run by the government, constitutional officials, and they have always ridden in the products of our country. We would be very annoyed by the relocation, “stressed Povšík, who reminded that in the past the unions managed to avert the relocation of production to Turkey.

The head of Škoda Auto, Bernhard Maier, is leaving office

“There are also indications that Kodiaq and Fabia Combi, which is affordable and popular for customers in the Czech Republic and the East, could leave us,” the chairman said, adding that if all this happened, they would remain in Mladá Boleslav. only “less marketable models”. “But we need to make money, employ a lot of people, produce and sell to have bonuses and maintain employment, which is now potentially at risk,” he said.

This is also said to be related to the continuing burden of the Dieselgate affair on the Czech Republic, as high emissions are still subject to high fines. “It takes 2 years of relief from the European Union to consolidate after coronavirus. There is a lot now. When we get angry, we will be evil and stop the belts, “added the foreman.

The successor will be elected in August

The carmaker did not comment on whether the unions really have anything to worry about. “Mr. Maier’s successor to the position of Chairman of the Board of Directors will be elected in accordance with Czech legislation at the first meeting of the Board of Directors of Škoda Auto in August 2020, after which the name will be published. This procedure was chosen, among other things, to maintain continuity and smooth delivery of the necessary agenda, “said Kamila Biddle on behalf of the company.

Skoda introduced the Scala without a roof. The student car bears the name Slavia

According to her, it is not possible for the carmaker to comment now on the future of the production plan – ie on the transfer of production of important models to Slovakia.

But the carmaker is not only very important for trade unions. He also draws large projects in cooperation with the city of Mladá Boleslav. “Škoda Auto is an important partner for Mladá Boleslav and we value cooperation with it immensely, so we believe that it will continue to prosper,” said city spokeswoman Šárka Charousková, but emphasized that it is not up to the city to comment on the carmaker’s internal processes or anticipate anything.