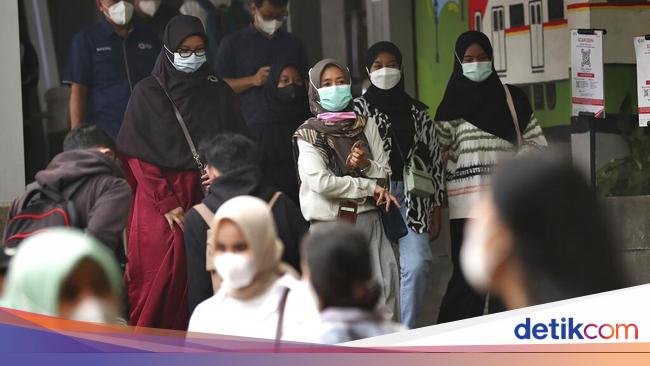 The Omicron peak in several countries has begun to subside, although not a few are still experiencing a spike in cases. The World Health Organization (WHO) has also responded to several allegations that the pandemic will end soon amid the high transmission of the Omicron variant.

WHO Director-General Tedros Adhanom Ghebreysus stressed that no country has yet emerged from the pandemic. According to him, health care systems in many countries are still under the pressure of the Omicron wave, the highest transmission rate that has never been seen before.

“I urge everyone to do their best to reduce the risk of infection so you can help relieve stress on the health system,” Tedros said.

“Now is not the time to give up and wave the white flag.”

When will the pandemic end?

Tedros has repeatedly warned that the unequal distribution of vaccines around the world raises the risk of the emergence of new variants. The distribution of this vaccine is still a problem.

WHO has set a target for each country to vaccinate at least 40 percent of the population by the end of 2021, but there are 92 countries that have not achieved this target.

“This pandemic is not over yet and with Omicron’s tremendous growth globally, new variants are likely to emerge, which is why tracing and testing remains important,” said Tedros.

Similarly, the head of the technical team of the World Health Organization (WHO) Maria Van Kerkhove also reminded that the Omicron variant has a high infection rate compared to other variants. Therefore, there is a risk of triggering the virus to continue to mutate.

“We hear a lot of people believe Omicron is the last variant and the pandemic will end soon after this. That will not happen because this virus is circulating at a very intense rate around the world,” said Maria Van Kerkhove.

The world’s daily cases of COVID-19 have recently increased by 20 percent, in the past week nearly 19 million people were reported to have been exposed to COVID-19, according to WHO records. According to Van Kerkhove, the actual figure could be much higher than reported.

He urged governments in many countries to evaluate and continue to monitor case records of the Omicron variant of COVID-19, so that transmission can be prevented.

“If we don’t do this now, we will move on to the next crisis,” he said.

Van Kerkhove called on the government to invest more in surveillance systems to track the virus as it mutates. “This will not be the last variant of concern,” he stressed.