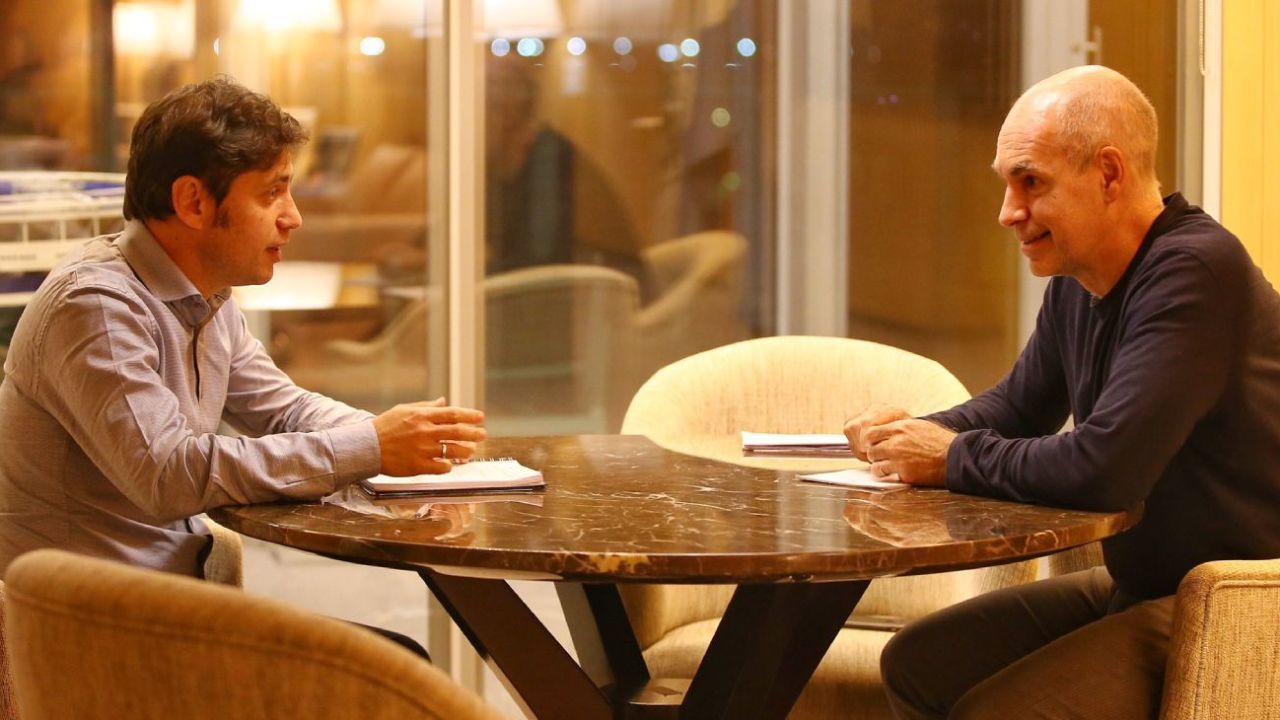 Yesterday, and after the tensions generated by the removal of co-participation from the City for the benefit of the Province of Buenos Aires, the president Alberto Fernandez, Horacio Rodríguez Larreta Y Axel Kicillof, The faces were seen again in the Quinta de Olivos to define how the quarantine will continue in the AMBA.

The invitation to the head of the Buenos Aires government came through Julio Vitobello, Secretary General of the Presidency. Fernández wanted the appointment to be earlier, but Larreta told Vitobello that he couldn’t because he had a working Zoom. Finally the meeting took place when evening fell. Larreta was the last to arrive.

“I almost sent you the remis now that you ran out of money”, Kicillof chicane with humor to break the ice. “I thought you were sending me the helicopter, now that you have two,” the Buenos Aires Head of Government replied in the same volume. The round trip drew smiles among those present and slowed down the subsequent talk, which was anyway extensive.

The province and city agree that despite ideological differences, and the crack that opens the fight for co-participation (which Larreta will take to the Supreme Court), the relationship between officials from both governments is frequent. “Horacio and Axel talk to each other all the time, they argue, but they collaborate on the operative,” they point out.

The relationship, however, was strained with the president, who on the friend’s day, June 20, had qualified Larreta in exactly that category. Then the Buenos Aires Head of Government had denied that he assigned the role of “friend” to Fernández: “friends are those of my whole life with whom I go to see Racing”, was his answer distancing himself.

Yesterday after the tripartite meeting, the president asked Larreta to stay and talk alone. With fewer witnesses. The talk was correct, but nothing will be the same: Larreta remarked on his position to settle the conflict in the highest court. Anyway, they point out from the City, they will continue to collaborate as before. Although the “shot from behind in the trench” reasoning is repeated, the bridges are not closed.

Along this path, the chiefs of the cabinet, Santiago Cafiero (Nation), Felipe Miguel (City) and Carlos Bianco (Province), had met on Wednesday at Casa Rosada to define the technical details of the openings. The exchange had also been long, in which the City had fought for more tables in the streets for gastronomy (something that will be produced), and the opening of open-air classrooms (still delayed). However, Fernández, Kicillof and Larreta went over the issues thoroughly again.

At the end, an official statement with a photo of the three, with the smiling president, to try to convey calm. Presidential need after the tensions with his main interlocutor in Together for Change, in which the president ended up sculpting the figure of Larreta as an opposition leader, as defined by the cover of NEWS this week.