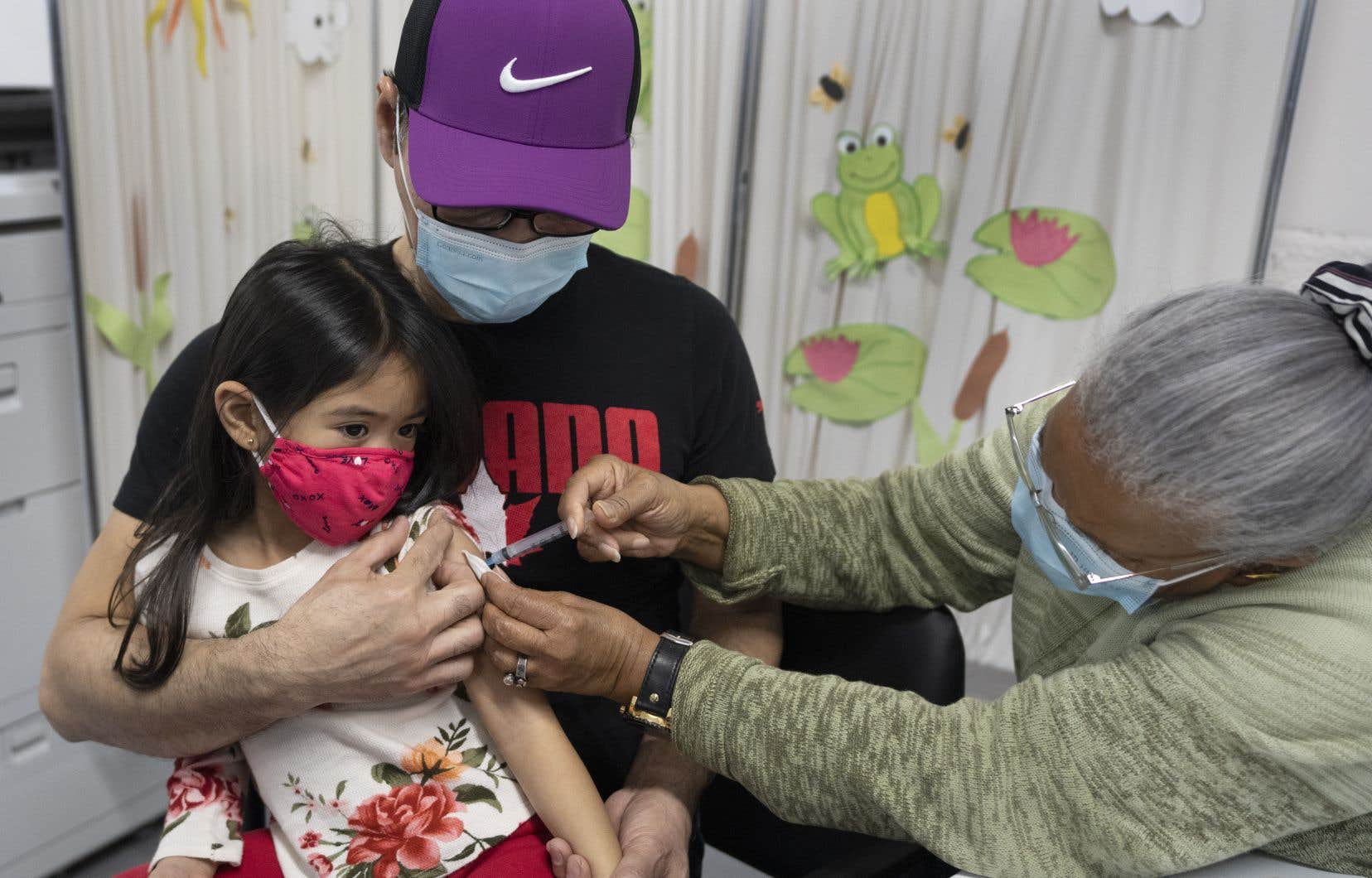 Children with asthma, especially those who neglect to follow their treatment, are at greater risk of suffering from a severe form of COVID-19 requiring hospitalization, according to a study conducted in Scotland and published in The Lancet Respiratory Medicine. According to the authors of the study and the experts consulted, this observation underscores the importance of having good asthma control in children and having them vaccinated.

In this population-based study of more than 750,000 children aged 5 to 17, researchers noted that among the 63,000 children with asthma, 6.8% contracted COVID-19, of which 1.5% had required hospitalization, while among those who did not have asthma, 5.8% (or 1% less than asthmatics) were infected with SARS-CoV-2, of which 0.9% required hospitalization .

“It is the large number of children (over 750,000) in the study that made it possible to see signals emerging which seem to indicate that asthma is a risk factor, even if it is not very important because the number of children affected is very small, ”notes Dr. Sze Man Tse, pediatric pulmonologist at CHU Sainte-Justine.

“This study partly explains why asthma in general did not emerge as a risk factor for the severe form of COVID-19 in some studies, because it is a risk factor that is not really significant. that for a proportion of asthmatics, [ceux dont la maladie n’est pas contrôlée] and not necessarily for all asthmatics, ”says Dr. Jesse Papenburg, pediatric microbiologist-infectious disease specialist at the Montreal Children’s Hospital.

Dr. Tse recalls that at the start of the pandemic, many feared that asthma was a risk factor for COVID-19 since respiratory viruses, including SARS-CoV-2, are crisis triggers asthma in children. “But as the pandemic progressed and the number of studies involving a few hundred patients increased, this fear lessened because among children hospitalized with COVID-19, the prevalence of asthma was similar to that observed in the general population. Pulmonologists and pediatricians were made to the idea that asthma was not a risk factor in children, ”she says.

In addition, “much fewer children came to CHU Sainte-Justine and the Montreal Children’s Hospital for asthma attacks during the pandemic, until the end of the third wave. But since last June, there are many more, probably due to the deconfinement and the recirculation of respiratory viruses which had been interrupted by the sanitary measures and which resumes with the relaxation of the latter, ”says Dr. Tse.

“The Scottish study underlines the importance of having good asthma control in children,” says Dr Papenburg.

“The message is that children’s asthma has to be well controlled. Many parents have seen that their child’s asthma has greatly improved during the pandemic due to health measures and the absence of viruses in circulation. So there are some parents who have stopped treating their children for this reason. But when children are exposed again to all the viruses that are running, they become again at risk of having seizures, and it is better to resume the daily control treatment, [qui consiste en de petites doses de corticostéroïdes absorbées par inhalation] », Preaches Dre Tse.

In addition, “we are lucky the vaccine has been approved for children five years and older. Parents are encouraged to have their asthmatic children vaccinated against COVID-19, as well as against the flu, which probably causes more hospitalizations than COVID-19 in these children, ”she continues.

To parents who are reluctant to have their children vaccinated, Dr. Tse notes that regarding the risks associated with the COVID-19 vaccine, “the results of Pfizer’s studies are very reassuring. In addition, when we look around the world, especially in the United States where more than three million children have received a first dose of the vaccine, we do not see any worrying signals. The vaccine seems harmless, ”she says.

As for the benefits, “they are great for the population, for collective immunity, because the vaccination of children should reduce the transmission of the virus. And the more children there are vaccinated, the more we will avoid the closure of classes, and the more we can envisage a return to normalcy, ”she said.