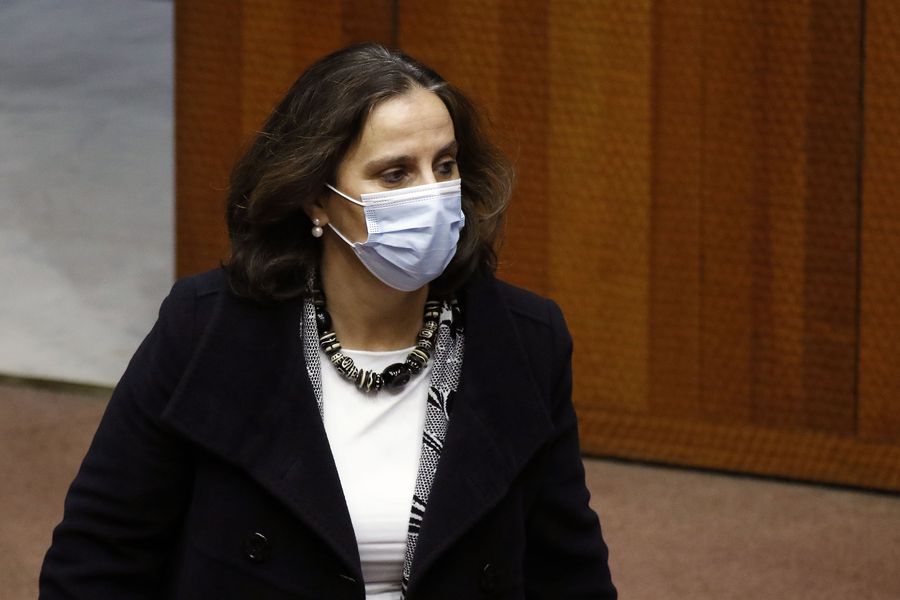 The government, prior to knowing the results of the plebiscite for a new Constitution, promised to take up some pending issues after the elections. One of them is the signing of the Comprehensive and Progressive Treaty of Trans-Pacific Association (TPP-11) and this Monday he showed signs of how he intends to advance in it. The efforts are part of a process of clearing up part of the uncertainties that investors have after the victory of Rejection in the referendum and in the midst of the presentation of a pro-investment agenda promoted by La Moneda.

The text of the TPP-11 was submitted to Congress at the end of 2018 and to date it has not been able to define its future, because from the beginning it encountered opposition from a sector of the current Executive.

But this Monday the Minister of Foreign Affairs, Antonia Urrejola, stressed, after participating in the political committee in La Moneda, that the government’s plan today is to advance in the signing of the TPP-11. However, the chancellor explained that Chile is negotiating with the members that have signed the agreement, with the aim of not applying the dispute settlement mechanism contained in the international instrument in its chapter 9, section B, regarding “settlement of disputes”. investor-state disputes.

According to government sources, the Chilean State has already sent the so-called side letters to the 10 member countries: Australia, Canada, Mexico, Japan, New Zealand, Peru, Singapore, Vietnam, Brunei and Malaysia.

”Las side letters they are an exchange of notes, bilateral, that have the character of an international treaty, in order to reach an agreement or understanding on any norm or norms of the respective treaty”, they explained from the Executive.

Given this, Urrejola explained that “what we want is, on an issue where there are opposing positions, to be able to see how we can move forward seeking consensus and taking responsibility for the differences that exist.”

”It is no surprise to anyone that the coalition has been highly critical of TPP-11. From this perspective, the undersecretary of International Economic Relations has been working with the different signatory countries (of the TPP-11) to see the signing of side letters (supplementary agreements) that allow us to comply with the government program, advance with the TPP- 11 and take responsibility for some of the criticism,” he added.

Executive sources assure that the mechanism currently contained in the treaty is one based on ad hoc tribunals, which would be highly questioned at the international level.

The previous position was also highlighted by the Minister Secretary General of the government, Camila Vallejo, who, in her spokesperson in La Moneda, pointed out that “there is a specific point that has been very critical of this treaty and that is the dispute resolution mechanisms with respect to member states and investors. And in that there is a conversation, because these parallel letters are required (side letters) or these mechanisms so that certain elements are not applied between countries based on the protection of our homeland and our sovereignty.”

For his part, the undersecretary of International Economic Relations, José Miguel Ahumada, added that the signatory countries of the TPP-11 are being asked to join said bilateral agreement and hope that this task will be ready for this quarter. Ahumada, is pointed out by the supporters of the treaty as one of the main opponents to its signing.

See also  Give charity like this so that the angel of sustenance visits you wherever you are, said Sheikh Ali Jaber

“This is part of the objective to be able to comply with our government program and assume the criticism that has been made of this type of agreement,” Ahumada closed.

However, the Executive’s position this Monday contrasts with the look presented a few days ago by the Minister of Economy, Nicolás Grau, who in an interview with Tele13 radio said that the government was working on agreements that would give better access to international markets than the TPP-11. In addition, the Secretary of State handed over to the Senate the responsibility for advancing the signing of TPP-11.

“It can advance depending on the decision of the parliamentarians,” he said.

On the other hand, Minister Urrejola stated that the signing of TPP-11 will be addressed at the local level through talks with parliamentarians, coalition parties, businessmen and civil organizations. “We want to have a dialogue to reach a consensus and work as we did with the Escazú agreement,” added the Foreign Minister.

The same line was highlighted by Minister Vallejo, who valued the dialogue processes that have been promoted in relation to the Free Trade Agreements. “These issues are not only technical or exclusive to a Foreign Ministry, but they are country issues,” she said.

While the Minister of Finance Mario Marcel announced, after the launch of the pro-investment agenda, that “the Minister of Foreign Affairs is going to announce a dialogue process in the coming days through which we are going to update the diagnosis regarding the topics of this treaty, as well as the efforts that have been made on the side of the Foreign Ministry”.

See also  How many times should a newborn bathe and apply lotion in a day?