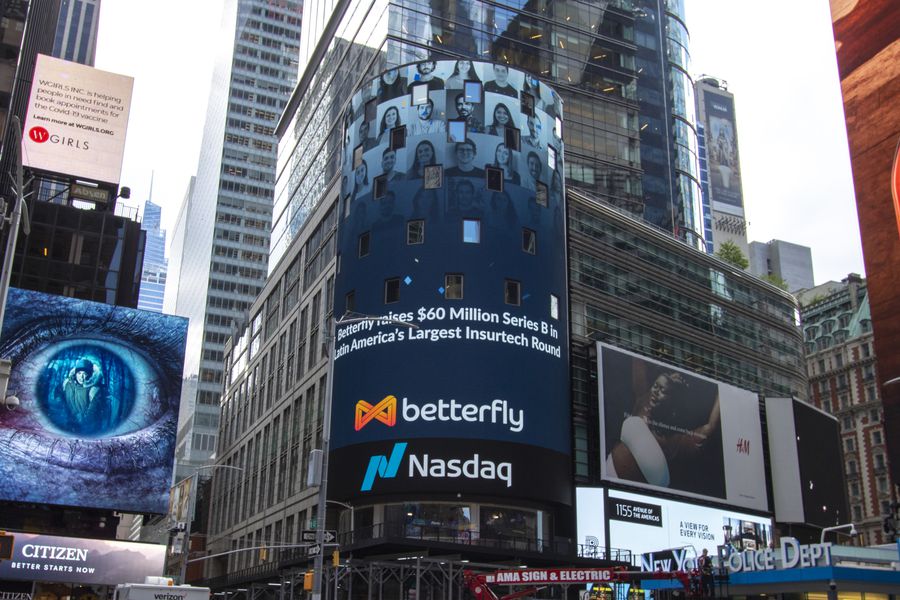 The Chilean startup Betterfly was valued at about US $ 300 million, thanks to a new investment round “Series B” that allowed him to raise US $ 60 million, thus making it the insurtech (technology companies for the insurance industry) with the highest appreciation in Latin America.

In this way, the company founded by brothers Eduardo and Cristóbal della Maggiora achieves the highest amount of capital injection in this scaling stage for a Chilean startup, surpassing what was achieved by Cornershop in May 2017 (US $ 21 million) and by NotCo in March 2019 (US $ 30 million).

Created in 2018, Betterfly (which until November of last year was called Burn to Give) consists of an online benefits platform for company employees, which rewards their healthy habits with life insurance. One of the characteristics is that the coverage grows for free as healthy practices increase, in addition to a bonnus track: social donations to different causes.

Their business model consists of a membership of $ 2,990 per collaborator (paid by their employer), which includes benefits such as access to 24-hour telemedicine, support for mental health through psychologists, fitness, meditation, mindfulness, nutritionist, finances. and wellness education. “We are building a unique ecosystem that uses the power of technology, empathy and social purpose, with a dream of protecting the future of 100 million families by 2025,” explains Eduardo della Maggiora, founder and CEO of Betterfly.

A “Series B” capital injection usually occurs when the company is already profitable and requires new financing to finance its expansion and expand its business and turnover. In the case of the one obtained by Betterfly, it comes to just six months after having raised US $ 18 million in December 2020, thus achieving a total investment of almost US $ 80 million over three rounds.

The transaction includes the participation of DST Global Partners, QED Investors, Valor Capital, Endeavor Catalyst, y Softbank, one of the largest venture capital funds in the world, whose investments include Uber, Alibaba and TikTok. Betterfly is changing the traditional insurance industry by democratizing access to financial protection while promoting healthy habits. Betterfly’s business model is well positioned to create solid partnerships and distribution channels for the main insurance companies in the region ”, says Benjamin Lizana, from Softbank, about the first investment of this fund in our country.

See also  DS 9 enters the Czech market. A large luxury sedan from China tests this with a plug-in hybrid drive

Currently, the company has clients in Chile and a regional team in Argentina, Ecuador and Brazil, where it will begin to have commercial operations in the coming months. It is projected that during 2022 it will also offer its services in Peru, Mexico and Colombia, in addition to installing its headquarters in the US.

In addition, due to the global pandemic context, a few weeks ago they launched a COVID insurance, known as “Don Rigo”. “The idea is that it was simple, affordable and without exclusions, but that it had a powerful social component. It will allow thousands of families to have financial protection at a time when they need it most ”, comments Eduardo della Maggiora, who in addition to having worked at JP Morgan for almost a decade, is also a triathlete.

Della Maggiora was a two-time Ironman 70.3 world runner-up in his category and a three-time finalist at the Ironman World Championship in Hawaii. And as if that were not enough, in April 2019 he was appointed Executive Director of the organizing committee of the Pan American Games and the Santiago 2023 Pan American Games, a position he resigned shortly after.