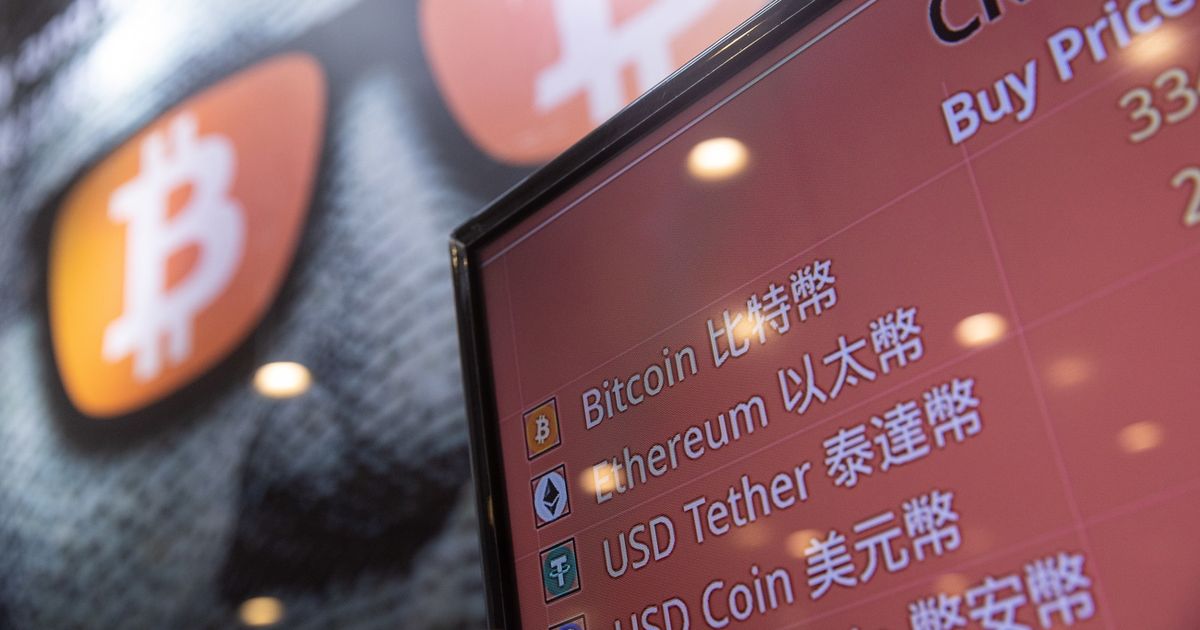 A halt to cryptocurrencies in China: the Central Bank ruled on Friday that all financial transactions involving them were illegal, leading to a fall in the price of these virtual currencies, including that of bitcoin.

The values ​​of cryptocurrencies, including bitcoin, have fluctuated massively over the past year in part due to regulations in China, which seek to prevent speculation and money laundering.

“Business activities related to virtual currencies are illegal financial activities,” the Chinese Central Bank (PBOC) said in a statement. She added that offenders would be “investigated for criminal liability in accordance with the law.”

The course of virtual currencies heckled

The Chinese award seriously heckled the best-known cryptocurrency, bitcoin. It lost 6.2% to $ 41,941 on Friday, according to data compiled by Bloomberg.

Other cryptocurrencies also fell sharply: ethereum fell 10.7% to $ 2,806, and the entire market erased nearly $ 150 billion from its valuation, to $ 1,850 billion, according to the Coinmarketcap site, which lists more than 12,000 cryptocurrencies.

In recent years, “trade and speculation around bitcoin and other virtual currencies has become widespread, disrupting the economic and financial order, giving rise to money laundering, illegal fundraising, fraud, pyramid schemes and other illegal and criminal activities “, denounced the Central Bank in its press release.

Friday’s announcement is Beijing’s strongest signal sent to cryptocurrencies to date. Bitcoin, the world’s most widely used digital currency, and other cryptocurrencies cannot be traced by a central bank, making it difficult to regulate them.

This crackdown on the use of cryptocurrencies could be a way for China to set up its own digital currency, already in the pipeline, which would facilitate the monitoring of transactions by the central power.