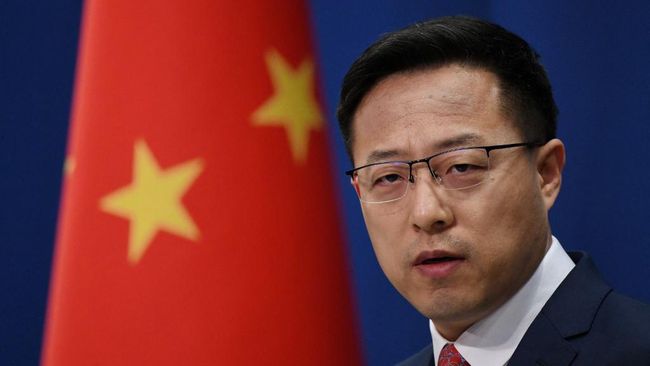 China angry after a senator French, Alain Richard, mentions Taiwan as a country when visiting Taipei and meeting the President Tsai Ing-wen on Thursday (7/10).

Chinese Foreign Ministry spokesman Zhao Lijian said Richard’s remarks were a violation of universal consensus in the international community, including that of France.

“People like Richard don’t have the most basic respect and understanding of the norms of international relations, or they kidnap relations between countries based on personal selfishness,” Zhao told a regular press briefing in Beijing as quoted by Reuters. Reuters.

“China strongly condemns and firmly opposes this,” he added.

Responding to China’s anger, Richard admitted that the designation for Taiwan is something complicated.

“This is a fine diplomatic issue, but what strikes me is that the name of this island and country is Taiwan,” Richard said.

“So there’s no point in trying, you know, to prevent this country from using his name.”

Richard, the former French defense minister from 1997 to 2002, also added that the word “country”, in French, means geographical space, not political space.

President Tsai said she was touched by the arrival of Richard’s delegation to Taipei in the midst of intense Chinese pressure.

Richard’s statement came when China and Taiwan continued to heat up.

Beijing continues to pressure Taipei from the political and military side due to its ambition to become independent from China.

China has also sent a total of 150 military aircraft through Taiwan’s air defense zones over the past four days.

Over the years, China has also frequently angered and threatened countries with close ties to Taiwan.

Meanwhile, France itself does not have diplomatic relations with Taiwan because it has formal relations with China. However, Paris still has representatives de facto in Taiwan.