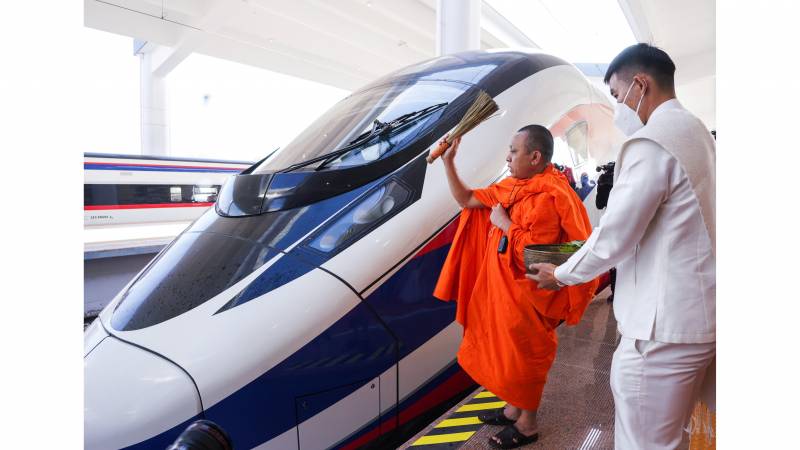 The Chinese state media reports extensively about this new railway. It is an important step in party boss Xi’s plans to bring China closer to Southeast Asian countries, and vice versa. The next step is a direct connection to Bangkok, the ultimate goal being to connect the entire region by land via railway lines.

In 2013, Xi Jinping first introduced his plans for the so-called Belt and Road Initiative. At the time, it was mainly an economic project based on better infrastructure to breathe new life into the old Silk Road and to create new markets, now an important pillar of China’s foreign policy. This railway is an important example of the Chinese president’s plans, especially because it is a tangible project. With this, China can bring the Southeast Asian market closer and gain better access to, for example, ports and raw materials.

China presents this railway as a win-win cooperation that will lead to greater prosperity. But the question is: will this project ever become profitable, especially for Laos? The solid investments are far ahead of economic gain, if any.

That is less important for China: what matters is that it can continue with what is less and less needed in its own country: building roads, railways, ports and other infrastructure. And that the south of the country will be opened up, as previously happened with the west of the country, in the form of railways to Europe, and that the influence there can be increased.

Laos is one of the fastest growing economies in the region, but remains one of the poorest countries in Southeast Asia. This railway saddles the country with a billion-dollar debt, an amount equal to roughly a third of what all Laotians together earn in a year. There is a chance that this railway will bring more prosperity to Laos in the long run, but it remains to be seen whether that is enough.